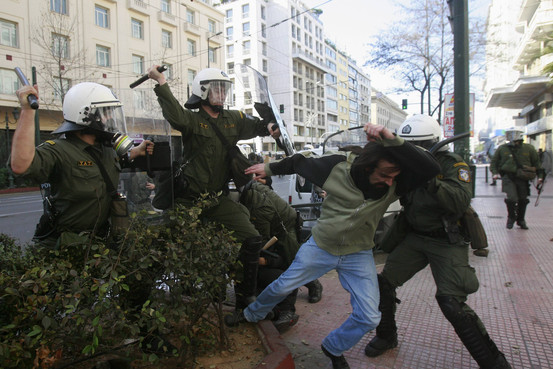 AND SO IT BEGINS …

The ‘G’ in the ‘PIIGS’ acronym for troubled economies [i.e. Portugal, Italy, Ireland, Greece and Spain] has begun to experience real social unrest.  Greece only has more of the same to look forward to, because slashing government spending and seeking international financial support can be no replacement for the GFC’s real remedy – shifting the revenue base by abolishing taxes and instituting a land rental system.  Yet that is as far removed from the people of Greece as it is for any other country.

Most Greeks, including those rioting in the streets, know that their taxation system has long been in tatters due to rampant avoidance and evasion – that it is unfair and must be recast – but they have no idea what should replace it.

…. and those in the know, the less than 1% of wealthy Greeks who understand the tax system and use it to direct vast swathes of unearned GDP unto themselves … they aint saying nothing.