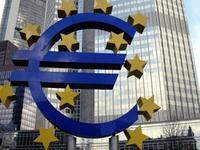 SO, A PETROL BOMB WILL FIX THINGS?

What sort of mentality is it that brings a petrol bomb along to a protest rally at an Athens bank? One that doesn’t so much as flinch at the three tragic deaths it caused?

Clearly, emotions in Greece are beyond raw, but all of us outside Greece know what must be done. The Greeks have got to buckle down and honour the additional loans they’ve been given by the IMF and their European brothers.

That might mean extending retirement age from 53, cutting salaries and working much harder for decades to get the country’s head back above water. No doubt the Greek Right also think this way.  The Left disagrees.  It thinks there’s got to be another way out – but its fringe throws petrol bombs.

It’s easy to regard the Greeks as wanton miscreants, living on the slate as if there’s no tomorrow. We conclude that they’re simply paying the penalty for having lived high on the hog. We’ve been more circumspect than Greece. Have we? Have we really?

Is there another analysis of the Greek crisis?

I see a striking similarity between those who took out subprime loans in the USA and events in Greece. Both were living on the edge. Both were simply the outliers, the harbingers of something that was to be visited upon them by a system that had been allowed to run rampant.

Neither those who took out subprime loans in the US, nor Greeks who chose an unsustainable lifestyle, ever had a snowflakes chance in hell of making good their escape from indebtedness to the banking system.  They seem to have an inkling that a rotten tax regime is behind their deep travail, but have little or no understanding of economic rent.

Do I hear you exclaim:  “Bullfeathers! They ARE just wanton miscreants?”

What if they reflect OUR future?  Could Greece be the canary in the mine – as were subprime loans to the Americans?

I’m always skeptical when the doctor, the IMF, is called in. The Greeks can’t pay their debt, so give them more. I think I can understand why Angela Merkel is worried about whether she’s ever going to see Germany’s loan repaid.  Maybe in her heart of hearts she realises German banks also funded the party in Greece, and ….. oh well, now she’s got to keep playing the game and supporting the Euro?

Greece has reached its anger phase.  We remain in denial.

Acceptance will come to us both …. but not today.