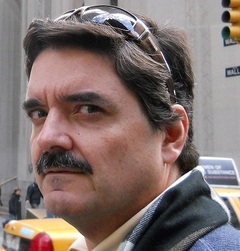 The following old  e-mail from the Longwaves List bears repeating – in part, because it supports the case I’d made that taxation and land speculation–i.e compared to land value-based revenues–is responsible for driving us into the economic depression that defines the period of a Kondatieff Long Wave – again.

[But first, have you noticed although income and sales taxes have driven Australia to the brink of the current Long Wave trough, the 1% are nevertheless self-interestedly pushing we plebs towards extending the Goods and Services Tax (GST) as the next phase of “tax reform”.  And, unfortunately, knowing no better, most OZplebs have actually come to believe this is indeed the direction Australia needs to take. What incredible mindlessness!]

Every day I am more convinced that Bryan Kavanagh’s line of reasoning is the *key* for understanding the Long Wave (LW). I made some research, and I get trapped with a working paper titled: American Government Finance in the Long Run: 1790 to 1990 – “Journal of Economic Perspectives – Volume 14, Number 1 – Winter 2000 – pages 61-82. The author: Professor John Joseph Wallis from the University of Maryland.

The basic idea behind this working paper is that in the period under analysis, the US passed through three distinct systems of government finance. In each system, one type of revenue was relatively more important than in the other periods, and in each system, one level of government played a relatively more active role in promoting economic development than in the other periods.

Given the national government’s unwillingness to participate in transportation improvements, states took the lead in those investments as well. By the late 1830s, state debt was roughly eight times the debts of the national and local governments combined.

The second financial system began to unfold in the 1840s and was dominated by local governments and property taxation. Local governments grew in size and importance and took over most of the important infrastructure investment in education, highways, water systems, and public utilities.

The Great Depression and New Deal ushered in the third financial system.

This system had two components: a federal system of domestic economic programs (including infrastructure investment) funded by national grants and administered by state and local governments, and a national system of defense and old age security. Income and sales taxes became the most important sources of government revenue at the national and state level.

While the system has not been static, the basic relations between national, state, and local governments has been broadly stable for the last 60 years.”

The eras are *marked* by distinct fiscal structures:

1) a first era of asset finance;

2) a second one of property tax finance; and

3) the third characterized by income tax-finance.

The eras can also be *marked* by the predominant level of government:

1) the first one with more active state governments;

2) the second dominated by local governments; and

3) a third stage with a dominant federal government.

So an important variable to follow the LW seems to be the *revenue structure* of government rather than the expenditure side of it. The author also emphasizes the now apparent fact that *changes* in revenue sources and responsibilities of the levels of government, grown out of crisis: like the depressions of 1839 and 1933.

This said in favor of Bryan K’s Long Wave Theory.

Eric, Tom, Andrea and their fans, argue that winter is behind us, and Bryan put the BIG question to them some time ago (still unanswered). If the national government is *truly* serious about devolving considerable responsibility back to the states, the LW perspective suggests that states need to acquire a prominent *new* revenue source. Moreover, this new revenue source will have to be one that is less costly to collect at the state level than at the national or local level.

A *naive* conclusion will be that the *next* fiscal crisis will necessarily promote decentralization over centralization. But if the present welfare arrangements fall notably short during the *next* recession, there may be a push for greater centralization. Jas and others wrote a lot about what to expect. In other words it is hard to assess in what direction the revenue structure and government activity will be after the *exhaustion* of the third phase, but we have to agree that a NEW ECONOMY will be born painfully, as it always has been.

You say we need more funds to tackle poverty, homelessness, health, the environment, education and infrastructure? I say instituting the Henry Tax Review, sans GST, is a BIG step towards solving those problems.