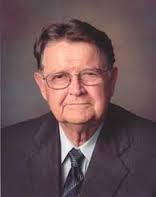 An acid test of a hypothesis is its success in forecasting. The “Real Assets Model of Economic Crises”, published in March, 2015, seems so far (up to August 21, 2015) to have passed the test, with respect to China. It is likely that “standard brand” economists and other forecasters, their visions narrowed by the same blinders that have kept them from foreseeing so many major downturns since at least (and probably before) 1720, will ignore this forecast and its rationale. Anticipating that response, I take the liberty of circulating this material.

“For a number of years, it seemed that the Chinese miracle of rapid economic growth based on massive public investment would somehow steer clear of the economic distress caused by land speculation and marginal investment in capital projects. Because of the backlog of latent demand in that economy for better housing, it was possible to construct thousands of projects in mid-size cities without exhausting the ability of China to make efficient use of those investments. By 2014, however, it became clear that China’s economy had reached a limit of productive investment in housing and other fixed investment and would be subject to the same constraints as other economies. There were voices in China that began warning of this fate as early as 2006, but they were ignored. It now seems likely that China will face several years of sluggish growth as land prices fall, defaults rise on marginal projects, and the loss of liquidity of the state-owned banks forces the central government to cut back on its investments. At the same time, as house prices fall in the major cities, the urban middle class will respond to its reduced nominal wealth by cutting back on consumption. The combination of these effects will reduce growth further and increase the rate of unemployment.

The one ray of hope in this otherwise gloomy picture is that some of the top leadership of China is at least aware that rising land prices need to be controlled by means of taxation. This is the first sign that any national government has recognized the use of land value taxation as an instrument of macroeconomic policy. Although that recognition came too late to prevent the present crisis in China, it could be used to prevent future repetitions of the present situation. If China can learn that lesson in its first experience with a boom-bust cycle in land values, it will be far ahead of Western governments that have ignored the signs for centuries.”

“Stocks tumbled worldwide Thursday (August 20 2015) … as investors fretted about China’s slowing growth … . … reasons to avoid stocks start… with ongoing concerns about the cooling of China’s huge economy. China devalued its currency, the yuan, last week, and its stock market has suffered a massive sell-off in the last two months despite government attempts to stem the drop. … The overarching concern for the (world) markets is just how much China’s economy is going to slow down.”