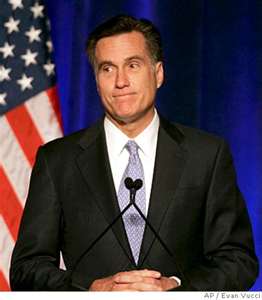 MITT ROMNEY EXPERIENCES AN ATTACK OF ‘THE JOE HOCKEYS’

“There are 47 percent of the people who will vote for the president no matter what.

That that’s an entitlement.

And the government should give it to them.

I’ll never convince them they should take personal responsibility and care for their lives.”

– Mitt Romney, as captured on film by “Mother Jones”

This 0.1% of the population, billionaires, captures the greater part of our publicly-generated land and natural resource rents.

Although it’s theft, they seem to believe they are entitled to it.

They did not earn it, it is ours – owed equally to each one of us.

Get it?  We are all entitled, equally, to the land and resource rents of the nation stolen by these billionaires.

But billionaires in their most incredibly distorted sense of entitlement believe it’s theirs – theirs alone.

Proof?  Just try to legislate for the common wealth, the annual unearned value of land and resources, to be shared equally by ALL citizens !  [Listen to the screams! It’s theirs! They are entitled!]

It’s the Mitt Romneys of this world are hopeless.  They are parasites.