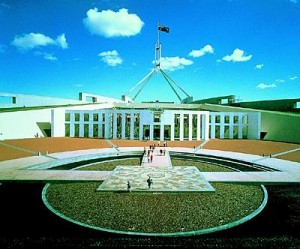 What if giving people the illusion that buying and owning their own piece of land represents freedom instead acts to put them behind the 8 ball financially?

What if taking on a mortgage with a high land component is like putting your head into a noose?

What if such mortgages put people into a form of wage-slavery as it generates unsustainable bank profits?

What if this is THE systemic fault in the economic system?

How do you address it?

(b)         Look at redressing it by charging the land rent, instead of taxation, as in the case of the formation of Australia’s capital city, Canberra?

2103 is the centenary of the founding of Canberra whose land rent system once led the world before it was eventually subverted by real estate interests.

What if a study of Canberra offers a practical response to the global financial crisis?