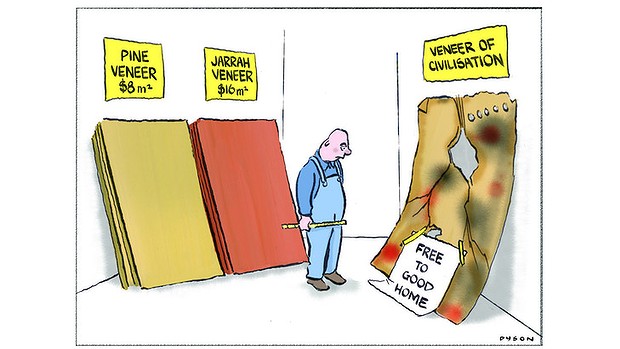 Common-sense is obsolete. Mounting evidence demonstrates modern education has made it so.

The humanities and sciences elevate us to such levels that no challenge is now beyond us, and the few who still rely on natural wit and innate skills to eke out a livelihood have to admit their ignorance is beginning to show. Their lack of qualifications attests to their redundancy, and they ought to submit themselves, if age permits, to getting a good tertiary education within the higher education system where they will be taught the futility of relying upon so-called common-sense. If they don’t have the wherewithal to do so, they may borrow.

What is common-sense, anyway? It is surely an abstraction, often an excuse for ignorance of society’s norms and mores. The trademark of ‘common-sense’ appears to be the quaint belief that if you don’t step on the toes of others you’ll get by in life, provided everybody else reciprocates against the same criterion. This rather charming idyll that life should somehow be ‘fair’ demonstrates the backwardness and gaucherie of these lost souls. Where exactly do they expect to find this ephemeral ‘fairness’ in today’s competitive world? One would hope by now everybody understands the world owes nobody a living – particularly people without a qualification.

Girding one’s loins in excellence and gaining advantage over others in preparation for the real world is, quite correctly, modern education’s raison détre. Universities must research and reinforce the status quo, these historic heights to which modern society has risen, if it is not to fragment and retrogress back to an ancient world of folklore and purported ‘common-sense’. If we are to progress, we must eschew mediocrity and hold to the standards we have set. Early in the twenty-first century, we may safely say common-sense ideas that have not been adopted to this point in time are obviously false ideas, and should be resisted.

Education has brought the world wealth aplenty–nobody goes without–and good governance is the hallmark of our times. An educated legislature, judiciary and cogent university research have all acted to deliver us to this, the acme of civilisation. We are blessed indeed – and modern education reinforces the fact.

Nevertheless, as this obviously well-educated, if slightly self-interested, group warns: we should beware of those who would demur by seeking change and instability!