…. BUT WE’RE BREACHING THESE …

Owning land per se doesn’t create wealth, but location, size, shape, topography, services, infrastructure, population and transport bring general amenity, generating an annual income to individual sites.  The income from land is the proper subject of revenue, because the owner of the site didn’t create it.  Everything external to the site did.  We should pay society for the value of the relative privilege expressed in the annual value of our site.

Failure to acknowledge and act upon self-defeating tax regimes–that is, continuing to tax people and businesses for working–is a recipe for economic and social disaster – anywhere.

Look around you. Look how many things are going awry overseas in connection with land/territory–Israel/Palestine, Syria, Iraq, the Ukraine, etc.–for flawed land and taxation regimes.  It’s not a pretty sight, is it?  Fortunately, it’s not matched by the same level of social disaster at home, but it is latent as we sell off our public utilities, face unaffordable housing, bad budgets, rising unemployment, and so on.

We should definitely not be trying to treat all the pathologies that spill out of these errant tax regimes.  It won’t work. We need to fix the economies by genuine revenue reform–and start literally from the ground–along the lines suggested by the Henry Tax Review 2008, for example: “economic growth would be higher if governments raised more revenue from land and less revenue from other tax bases”.

Then, you won’t have Tweedledum and Tweedledummer political parties promoting speculation.

Then you will be able to remedy environmental destruction, poverty, health, education, social and international strife.

Then you will have funding for science and the arts.

By starting at the wrong end—endeavouring to deal with the problems generated by failed tax regimes—we’re simply digging deeper holes for ourselves.

But the 1% are committed to fighting for things as they are, and for the moment, they have all the say. 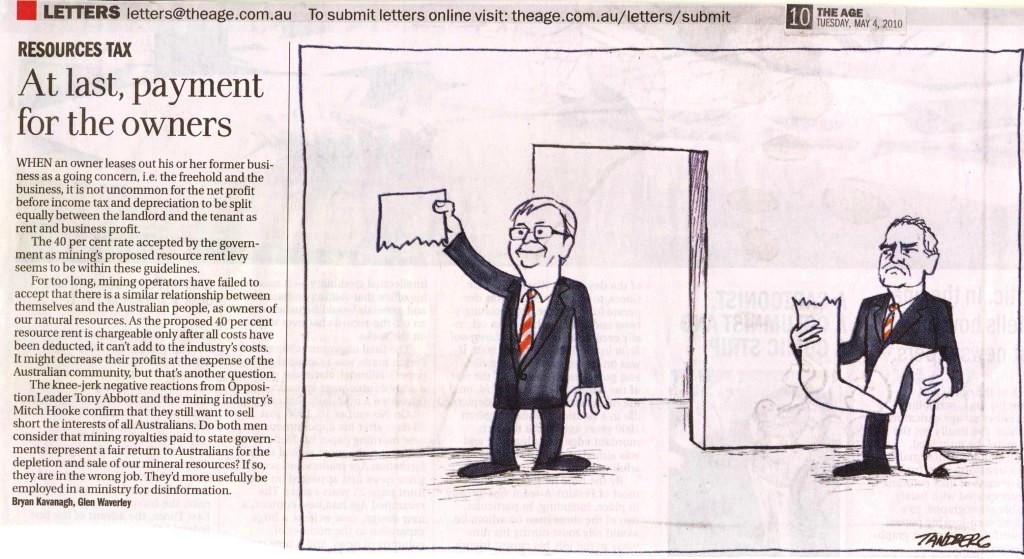