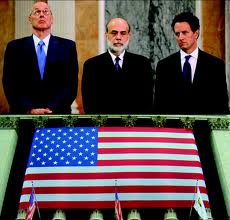 With the words of Oscar winning documentary director Charles Ferguson still resident between my ears, to the effect that no prosecutions have been brought to bear from the extensive Wall Street corruption and fraud exposed in the US, I popped along today to the Rivoli, Camberwell, to see his film.

It was worth the effort. Its material was much better than most such documentaries. Matt Damon narrated.

The audience couldn’t constrain ironic chuckles as outrageously rent-rewarded investment bank, treasury and reserve bank officials and their academic hangers-on, presumably all paid for their acumen, took it it in turns to feign absolute ignorance of critical events during the global financial collapse, despite the roles they’d played in it.  They knew nothing.  It was all a complete surprise.

The rent and value-free economics expounded in Harvard economics degree and MBA courses gave the ‘boys club’ the life raft by which to enrich themselves at public expense. No other Harvard course could possibly offer such perversions nor generate such social and financial chaos. Other universities fell into line with the Harvard paragon.

And Barack Obama showed by appointing the same class of culprits he, too, is in Wall Street’s thrall.  He owes them; they contributed generously to his campaign for the presidency, thereby ‘insuring’ themselves.  Overcrowded US jails are places only for the poor.

When, three-quarter way through, the documentary alluded to “the corruption of economics”, I leaned forward anticipating Mason Gaffney’s thoroughgoing exposition from Fred Harrison’s book of the same name, but was unfortunately disappointed. Maybe this might be the basis for Charles Ferguson’s next outing? (It would be a worthy subject for any director.)

Like most films documenting the financial collapse, Inside Job shows the pattern originally set during Ronald Reagan’s presidency attained full blossom with Bill Clinton’s repeal of the Glass-Steagall Act in 1999.  The line between banks of deposit and investment banks having been removed, it became a matter of “Go for it boys! Anything goes!”  In this confusion between free enterprise and total license was born new forms of financial derivatives, packaged with falsely analysed risk ratings, these weird products often insured, reinsured …. until the truth spilled out that many of them stood for nothing.

Ultimately, though, the laugh is not on the culprits, but on the people of the US (as undoubtedly it will also prove to be on Australians), because it is they who’ve allowed themselves to be defrauded by a false economics and by lying cheats who’ve aggrandized themselves at the expense of the public.

A Chinese commentator tellingly reflects counterpoint to these predatory individuals. It is suggestive of why the sun now sets on a once glorious Pax Americana and a new economic dawn begins to spread across China’s eastern horizon.

2 thoughts on “DOCUMENTARY GETS CLOSE”