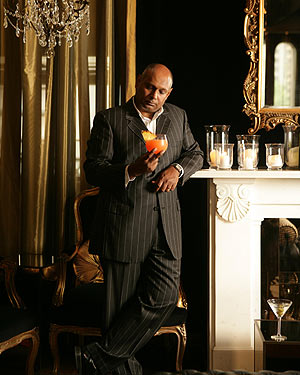 With another in what’s likely to become a spate of films documenting this damning episode in human history, one trusts it won’t need to be buried in a bomb-proof container for some newly-emerging posterity to discover.

The well-travelled and talented Viswalingam features in the doco in the manner of the laconic casual observer that made his SBS “Fork in the Road” and “Wine Lovers’ Guide to Australia” series so interesting and enjoyable.

What with the financial collapse, and protesters milling against corporate greed as they occupy Wall Street, Pria VisW has decided the time is ripe to document the western world’s recent supremacy has come to an end.  I’d go so far as to say he’s correct.

Viswalingam invokes the late British historian Kenneth Clark to help us realise past civilisations have similarly managed to destroy themselves by the gradual decline in their morality and confidence.

He flits engagingly from hither to yon to present compelling evidence of the decay and imminent collapse of western society.  His visuals and sound are impressive, especially his outdoors audio which is not, but could have been, recorded in a studio.

Loved your reference to our economic “boofheads”, Pria!

Unfortunately, however, and despite having trained in the liberal arts at Cambridge, Viswalingam fails to pinpoint the mechanism identified by Pliny the Elder as being responsible for the collapse of Ancient Rome is also inextricably involved in removing the US from its occupancy of the economic pinnacle:  i.e. “Latifundia perdidere Italiam”. (The great landed interests destroyed Italy.)

Whilst the documentary is more far-reaching than “Inside Job”, I believe its reasoning doesn’t quite match up to Karl Fitzgerald’s punchier and more incisive “Real Estate 4 Ransom” as the explanation of western society’s collapse.  Pria is comparatively preachy and generalised in his opinions, but maybe I’m biased in favour of RE4R because I’m in it.

The difference is that, in identifying the rent-seeking catalyst, “Real Estate 4 Ransom” offers a belated means to avoid the catastrophe by reversing the process.  Surely, after all, it is civilisations that fail to evolve by correcting their mistakes that die?

It was a pity there was no Q & A after the session.  Although Pria did invite everyone down to Jimmy Watson’s, I chose not to go, whether out of laziness or not wanting to be seen to indulge in such decadence, I’m not certain; but like the doco, I’m sure it would have been enjoyable.