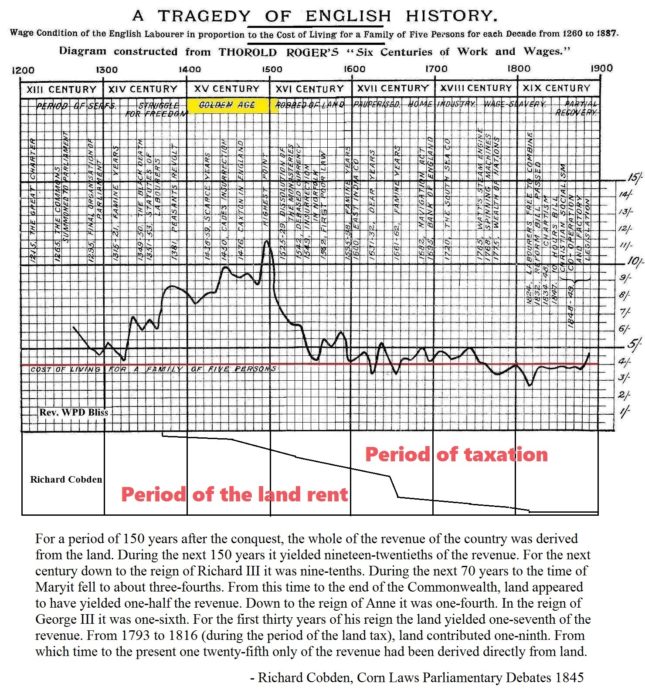 Cobden added:  “Thus, the land, which anciently paid the whole of taxation, paid now only a fraction, or one twenty-fifth, notwithstanding the immense increase that had taken place in the value of the rentals. The people had fared better under despotic monarchs than when the powers of the state had fallen into the hands of a landed oligarchy who had first exempted themselves from taxation, and next claimed compensation for themselves by a corn law for their heavy and peculiar burdens.”

172 years later, with housing now unaffordable and economies stagnating and collapsing, policymakers and politicians clearly remain in the thrall of the ‘landed oligarchy’.