The commitment to traditional values held by conservatives is reasonable when considered against the anarchist ideal of the absence of government altogether, or when measured against nihilist beliefs that tradition holds little for us because life itself is meaningless.

However, modern conservatives have inserted errant precepts into their catalogue, taking on board anarchist ideas of minimal or no government, and a perverse definition of ‘private property’.

As they’ve not been called out on this failure by their liberal, or so-called ‘progressive’ opponents–in itself pointing also to failure of the progressive side of politics–let me do so.

John Locke, widely regarded as the apostle of freedom, is admired by conservatives and liberals alike. His “Second Treatise on Government” argued that people have basic inalienable rights, including the rights to life, liberty and the pursuit of property. But it was necessary for people to cede lesser freedoms to an overarching government which would protect them in order to secure these basic human rights. If we acknowledge that people will require protection from criminality and war, some level of government intervention is necessary in a functioning civil society.

Whilst today’s governments are misdirected, there are ‘conservatives’ to be found who will damn government per se.

We should be able to agree that government is essential to any properly functioning society, but for the good of that society its ills need to be exposed and eradicated.

OK, but at least Locke defended the sacredness of our home – our ‘private property’? Well, he certainly defended the human body and its earnings as private property and, yes, our homes, but he did not defend private capture of the income/imputed social surplus from land.

Locke held that as all taxes ultimately come from the rent of land, that’s from where revenue would most fairly and efficiently be derived in the first instance. So, whilst the home is indeed private property and its land may be exclusively occupied, the rent of land should be captured for the pubic good: “It is vain in a country whose great fund is land to hope to lay the publick charge on anything else; there at last it will terminate.”  (‘Some Considerations of the Lowering of Interest’)

Whilst conservatives do seem to be nearer the mark on the ills of arbitrary taxation, they are today as far removed as progressives are on the need for society–not private interests–to capture its rent.

There is one ‘radical centrist’ idea that does hit the sweet spot, but it awaits forlornly in the wings as conservatives and progressives slug it out, both missing the most fundamental premise which would reconcile individual and social freedom. 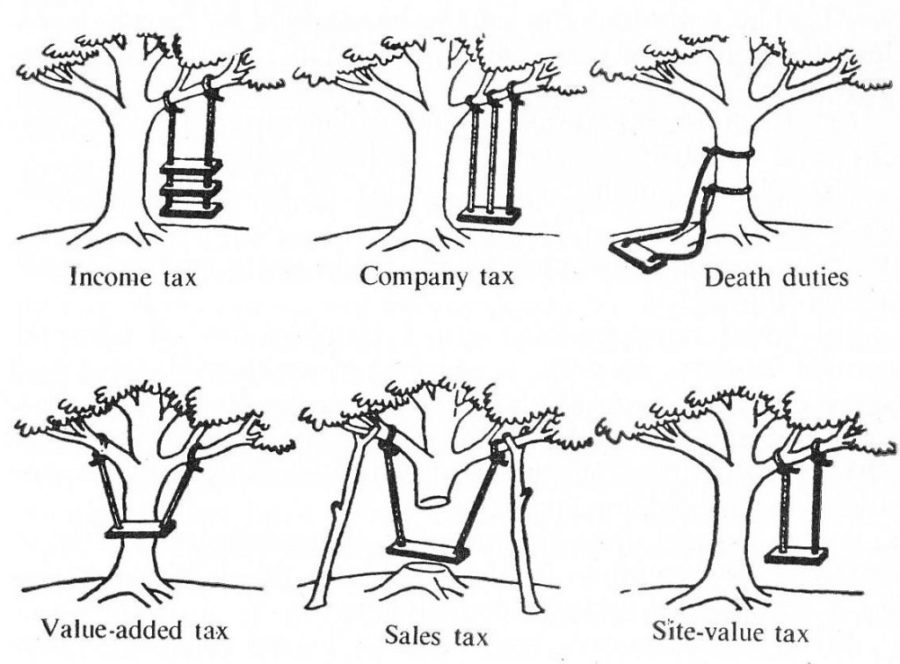