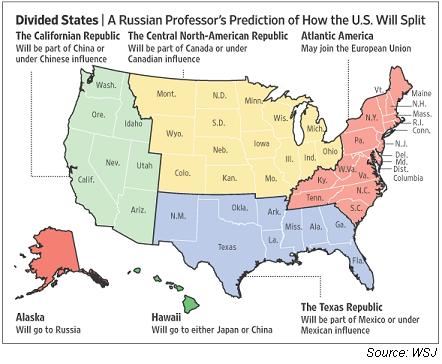 GOODBYE, AMERICA!   (YOU WERE ONCE AN INSPIRATION.)

Although it’s bad enough that there were involuntary poor in America in the first place, The End of the American Dream website provides 22 statistics demonstrating that America’s middle class has been driven into the ranks of the poor, too.

It’s not just the US, of course.  Twenty-one years after the collapse of the Soviet Union, people across the world are beginning to doubt the ability of their political leaders to arrest this new and deepening financial collapse.

Perhaps the kindest thing that can be said about this is that his advisors mightn’t have understood that the collapse of the US Empire was at hand, and considered he’d better not ‘scare the horses’ by undertaking systemic change.  A bit of re-regulation here, a bit of an overhaul of Wall Street there, coupled with some of his powerful oratory might do the trick, they advised.  That Obama accepted this warped advice proves the Presidency to be beyond him.

However, he’s not alone. There’s no evidence elsewhere that leaders have been more successful.  All have had their feet of clay exposed.  As the economic depression enfolds country after country, only a handful of outstanding economists have pointed to the one alternative to keeping the fiat printing presses running hot and putting people further into hock for what is likely to be generations.  But they are ignored by ‘experts’ startled like rabbits in the headlights.

Meanwhile, financial analysts also go out of their way to miss the point as they continue to mouth their daily platitudes in the press and on television.  Slowly-boiled frogs spring to mind.   Within their self importance they are entirely clueless, and it’s necessary that those aware of the real economic  facts retain their sense of humour as they witness the crass witlessness of the pundits.  They are all sham and shamelessness.

Does anyone still believe the US has been running a system of free enterprise since the early 1970s?  Real wages have been falling ever since then as taxation, debt and land prices rose.  Rather, America has been exposed as a once-free country that grants special privileges to rent-seekers garnering the nation’s publicly-generated land rents unto themselves.

None has been more successful in doing so than the banking sector as it pocketed skyrocketing rents by way of mortgage repayments on bubble-inflated land prices.

As publicly-created US land rent became increasingly privatised instead of captured via property taxes as once it was, people have railed in a desultory fashion against related increases in the taxation of employment, industry and saving that, except for its war industries, has slowly but surely ground the US to a halt.

However, their heads fixed firmly within the mortgage noose, few Americans were moved to rebel.  Casey Research lists 10 benefits one expatriate found by emigrating.  His plaintively insistent case is well argued, but lacks practicality for most US citizens.

Those who know their history understand full well that taxation and land speculation has caused the collapse of each and every Empire.  How sad that Americans didn’t learn from history the risks of allowing most of its economic rent to be privately expropriated.