Cathy McGowan’s successful campaign for the Victorian federal seat of Indi shouldn’t go unremarked here. Insofar as she ran as an independent against the Liberal and Labor parties, her win was inspirational to all those Australian voters locked out by the behind-the-scenes policy-making of the major parties and their rigid party discipline.

The rurally-based voters of Indi obviously decided sitting member Sophie Mirabella was no longer for them on the basis of McGowan being a known local identity whose voice might represent them better.

Although there are clear differences, not the least of which are the respective results, Indi reminds me of the federal election for the South Australian seat of Kingston back in 1990.

Australian Democrat Senator and leader of the party, Janine Haines, had bravely decided to stand for Kingston to make the switch from the Upper House.

I wasn’t a Democrat voter, but noted Haines had made statements to the effect that the Australian Democrats were considering reintroducing the federal land tax and–had it already been in place–Australia may not have experienced the recent real estate bubble that was beginning to burst across Australia.

As a land-taxer myself, her strong statements caught my attention, because favouring a land tax was certainly going to bring the scare-mongers out of their closets and into the election.

I wasn’t wrong. The Labor and Liberal parties immediately joined forces to let the voters of Kingston know that “Janine Haines is after your house!” That, apparently, is the effect of a land tax. It was shameful stuff and typical bully tactics.

That scare did the trick.  Sitting Labor member, Gordon Bilney, was returned to office with a vote of 37%; Liberal Judy Fuller received 33% of the vote, and Janine Haines got a remarkable 26.4%, despite both parties having ganged up on her to ensure she couldn’t possibly make it into the House of Representatives.

I retained some of the advertising, to remind Georgists of the forces with which they have to contend in order to get a land tax up politically. Had Georgists been better organised, we might have supported Janine Haines better than we did.

Not that Cathy McGowan is a land-taxer like Haines, but she’s independent of the bully boys and was still able to overcome them. It was a remarkable result, so I certainly congratulate her and wish her well as the seat of Indi’s new federal representative.  Let’s hope she proves to be a Tony Windsor. 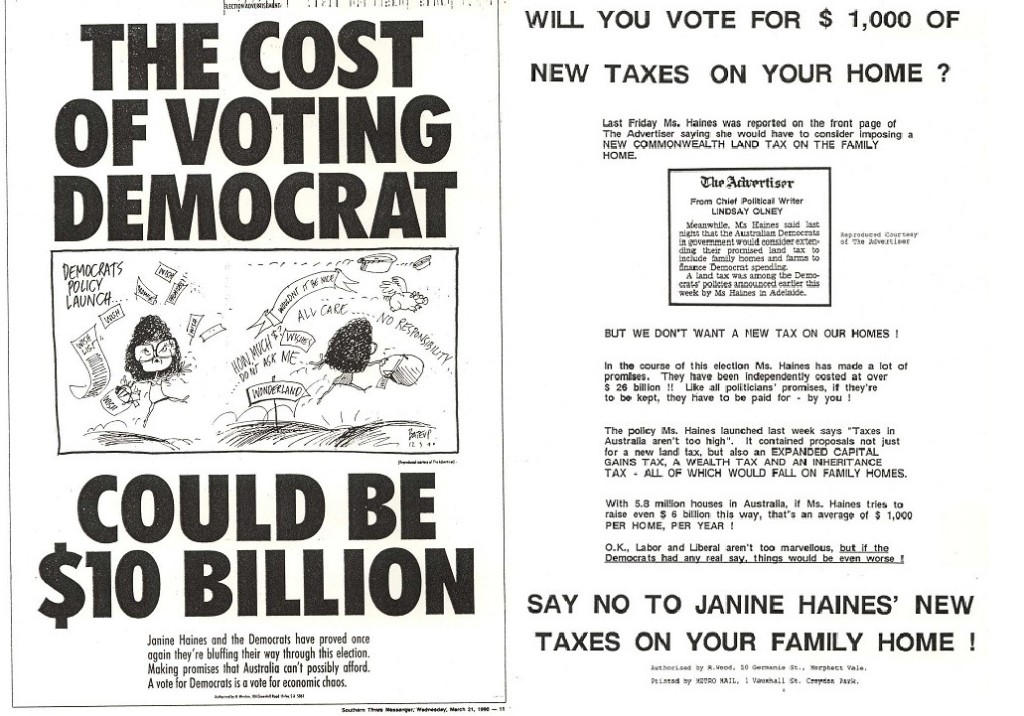 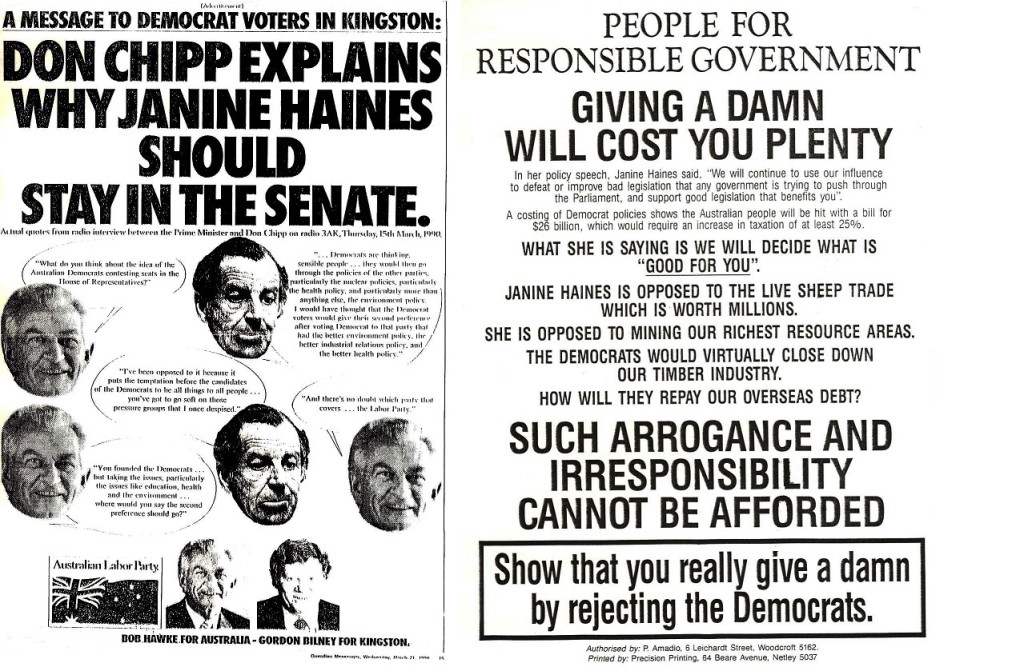