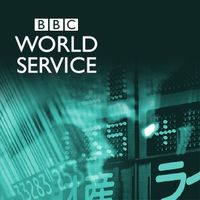 The battle between Austrian and Keynesian economists, though sometimes painted as being ‘heterodox’ in comparison with ‘orthodox’ neoclassical economics is little more than a charade.

BBC World Service radio last night featured a very good run down on what both schools had to offer the world in its current financially strapped state. It included audio excerpts from the now famous ‘fight of the century’ between Lord Keynes and Friedrich Hayek.

I’ve previously featured the excellent video on this site, but challenged that it couldn’t possibly be the fight of the century when the champ, Henry George, was precluded from the bout.  George concerned himself with people and the planet – the combination of which makes up the real economy.

And Europe and the US aint going nowhere until governments introduce the real economy into their currently mistaken considerations.

So, like the video fight of the century, the BBC has also managed to exclude the Georgist school of economics.  After all, this devastating financial havoc WAS indeed initiated by real estate bubbles!

To underline this point, if you revisit my model here, you’ll see that Austrians and Keynesians, like neo-classical economists, have become too fascinated by the man-made moon on the left of the diagram, and are not getting to grips with the central real world economy, comprised of people and the planet, nor the natural moon of economic rent.