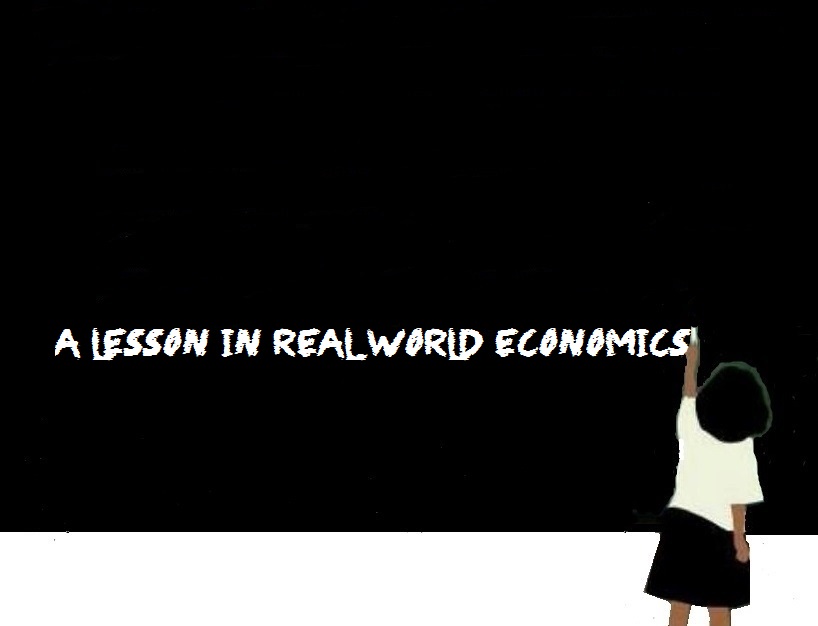 The period between economic depressions is always characterised by an inflationary first half, followed by an increasingly deflationary second half. The full period is known as a ‘K-Wave‘.

K-Wave growth in the first half of the cycle is interrupted by recessions generated by bubbles in land prices every 18 years or so. These real estate bubbles become increasingly greater in the second half, after a ‘tipping point’ recession at the K-Wave peak. Economic growth then declines towards a trough.

Inflation arises when land price growth increases at a rate greater than GDP growth. However, the inflationary effects of escalating land prices are countered during the later part of the second half of a K-Wave by a deflationary ‘price drop’ in most things other than land prices, including a wage and profits squeeze.

Finance, insurance and real estate (the ‘FIRE’ sector) appears to work in the first half of a K-Wave, but runs amok in the second half (as we learn that FIRE is a good servant but a bad master!)

These points are difficult for trained economists to comprehend because it’s not what they’ve been taught. They are confronting, because they demonstrate their inability to tame the K-Wave.

To put an end to the K-Wave, we need to recognise two pathologies: 1) land prices, especially when they increase at a greater rate than productivity, and 2) taxing wages and earned profits (the latter which we must distinguish from unearned profits, or economic rent.)

If production is distributed between 1) economic rent (mainly the unearned profit from land and natural resources), and 2) wages and 3) profits, we may eliminate the taxing of wages and profits altogether by capturing economic rent for revenue. Is this not as it should be? Aren’t these the true ‘private property’ – not land?

People currently take their signals from the tax regime. As economic rent is under-taxed, it flows mainly to banks and other big rent-seekers (the 0.1%). Others try to replicate the 0.1%’s rent-seeking behaviour because these gains are undertaxed, but by taking on unsustainable levels of debt in doing so, this usually proves problematic. Thus, the speculative increases in the privatisation of rent show up as higher and higher land prices (which economists wrongly claim to be a function of undersupply of land!) that come at great cost to the real economy. Enormous wealth disparities and debt arise as economies eventually grind towards a halt into a grand deflation (such as is now occurring).

To repeat: we need to see wages and earned profits as the real ‘private property’, not exclusively-occupied land. Failure to do so has resulted in the socio-economic mess for which it is becoming increasingly obvious economists have no answers.

“For five millennia, nation-state governance was based on the capacity to protect a territory, collect the rent and provide the population with the services that secured their allegiance.” – Fred Harrison, Beyond Brexit: The Blueprint

One thought on “BECOME A BETTER ECONOMIST”