On ANZAC Day, Australia and New Zealand remember the WW1 defeat inflicted upon their soldiers by the Turks at Gallipoli. Some celebrate this enormous loss of life as Australia’s coming of age in the world of international affairs. That’s debatable.

Most Australians consider the Eureka Rebellion at Ballarat a Pyrrhic victory. By facing the odds, the miners, although badly defeated, made their point concerning “No taxation without representation” and legislation was later to confirm their case. 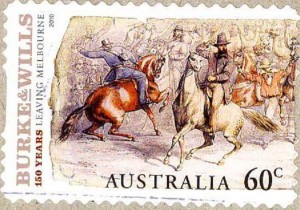 Another heroic tragedy remembered in Australian history is the Burke and Wills expedition from Melbourne to the Gulf of Carpentaria. After an epic journey crossing Australia from south to north, an exhausted Burke and Wills missed the depot party at the “Dig Tree” on Coopers Creek by only a matter of hours, lending a dramatic irony to their terrible saga. 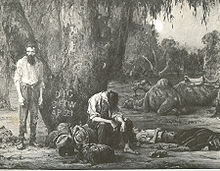 Although these events need to be remembered, Australians tend to seek out and revel in these tragedies, none of which should ever have occurred; there are better things to celebrate.

Of course, we do celebrate our sporting achievements and, to a lesser extent, the efforts of our inventors, scientists, performing artists, businessmen and public servants.

But some of the really amazing things we’ve done that should be the cause for celebration are allowed to be buried and forgotten under the dust of history.

One such thing was the founding of the national capital, Canberra, on a leasehold system of landholding so as to exclude land speculators and stop land prices from escalating upwards. It was a formidable effort.

But such became the level of ignorance of the principles involved in this aspect of the formation of the Australian Capital Territory that speculative interests came to undermine it, so that Canberra land values are now indistinguishable from those of other capital cities.

Also certainly worthy of great celebration was Ken Henry’s recent recommendation, after lengthy public argument and discussion with his panel, that Australia’s 128 taxes be reduced to only four. Ho hum went the media; ho hum went the Australian public. Fie! Fie! cried those with a vested interest in the status quo.

After many years of public service Ken Henry has retired as Treasury secretary. Over the next few years, let’s hope Australians are able to warm to, put into practice, and celebrate the incredibly positive template for tax reform he and his panel have set for Australia’s future prosperity.

Henry’s is a prescription for tax reform that could give a lead to the world, as Australians have done, almost unsung, in so many other fields.