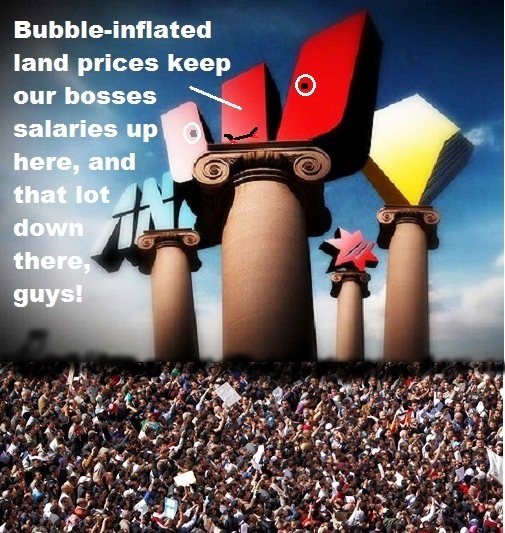 Another record profit off the back of the world’s greatest residential real estate bubble. How on earth was Westpac, like the other big three, able to manage that one? Quelle surprise!

But what about its risk management? Remember, Westpac nearly fell at the late 1980s commercial bubble hurdle, at the same time the State Bank of Victoria went under (due to the excesses of Tricontinental). Did the bank learn anything from that episode about what happens to land values when a bubble bursts?

Hasn’t the bank once again lent against a gargantuan bubble?  [Remarkable!]

Take your dividends while you can, folks, but the question of failed risk management must be asked of each of big four banks before one cent of Australian taxpayers’ money is spent on bailing them out.

Oh, there’s no chance of that happening this time around because they’ve packaged up and onsold many of their mortgages in CDOs? And they’ve conducted worst case risk management scenarios, haven’t they?

Oh really? Pull the other one.

[Wouldn’t it be nice to see such fresh analyses in the Fin Review, or on “Inside Business”?]