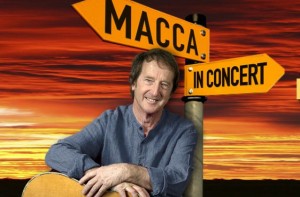 The question arises: has Ian read Gaffney’s “The Corruption of Economics” to have come to this conclusion, or did he arrive at it independently?

One listener rang in to agree we have a false economics, mentioning that Noam Chomsky has it right that the system favours corporate monopolists, but Macca wasn’t convinced Chomsky had the complete answer.

A “businessman” rang in to advise Macca to stop talking the economy down. That’d be right: it’s all just talk; it’s not really happening; it’s a matter of confidence. No, my friend, there’s a structural problem we have to face.

And all those right wing nutters who appeal to Adam Smith, but ignore that central to his argument was that he and David Ricardo understood taxes add to prices but land rents do not, need to quote Smith honestly.

Many of Macca’s rural listeners know they’re getting screwed and not getting a fair price for their product, but they don’t understand the role of taxation and land prices in pricing them out of the market.

Let’s hope Australia All Over educates Australians further on alternatives to neo-classical economics and taxation.

By the way, if you think there may be something to the idea of untaxing labour and capital and would like to join Prosper Australia, you can do so here.

And members are welcome to join us at the  Grand Opening of our new headquarters in 22 Punch Lane, Melbourne, Friday 31 May 2013 at 6:30 pm.

If you’d like to know more about our ideas and have 58 minutes to spare, then why not take a peep at Harold Channer’s interview with Francis Peddle last Thursday?