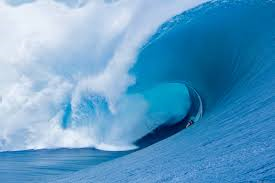 First and foremost, the Kondratieff Wave (K-Wave) is the period between economic depressions.

Third, the second half of the K-Wave, the rent-seeking half, trends downwards in economic growth, wages, inflation, etc., towards the deflation that defines its period. However, land prices continue to grow massively in a series of speculative bubbles which burst into recession.

It’s pretty simple really, the modest land price growth in the productive first half of the of the K-Wave cycle is overwhelmed by consecutively greater land price bubbles in the counter-productive second half—for which lax banking risk management standards and control fraud is usually responsible.  Of course, it hasn’t helped that land-based revenues are wound back during the second half of the cycle.

The overhang of the depression, some years after the final gigantic bubble bursts into depression, is usually an obscenely misguided call for war: “We need a ‘good war’ to get us out of this economic crisis!”

Nikolai Kondratieff himself provided no explanation for the long wave he analysed in a number of economic variables within the economies of the US, UK, France and Germany, but I provide further details in ‘My Forecasts’ of 2001 and 2005.

So far, I believe I am the only Georgist-oriented person to interpret the economy in terms of the K-Wave, but other Georgists do rate a Kondratiev Wave mention under the ‘land speculation’ sub-heading in Wikipedia.

It goes without saying that most economists disavow the K-Wave because it makes a mockery of their profession.

The only answer to Nikolai Kondratieff’s Long Wave is much greater capture of land rent, together with less arbitrary taxes on wages and profits. Reform of the monetary system comes a long second to this action.