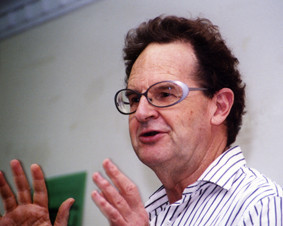 The news that British police had entered the building containing the Embassy of Ecuador gave Melbourne’s Herald-Scum a further chance to distort the Wikileaks-Assange story. According to that Mass Murdoch outlet, hundreds of ‘professional protestors’ were gathering in London. This language came from an organisation, News International, notorious for its professional phone-hacking for profit in contrast to the ‘hacking’ to advance peace and justice that motivates Wikileaks and its hundreds of millions of supporters. So, here we are, the ‘professional protestors’. The implication behind ‘professional’ is that we are being paid. If we were truly professional we would have a union which would not let us work in the extreme cold and rain. Far from being ‘professional’ we are here as amateurs, as lovers of the truth behind the ‘news’ peddled by the professional liars and louts around Murdoch.

To say that one loves truth can be no more than a pious platitude. Indeed, we need to be wary of maxims such as ‘The truth will make us free’. The reality is several times more complicated. What can set us on the path to being freer is the struggle for the truth, especially the battle to communicate the truth beyond a few experts. On top of that hard task is the fact that truth-tellers are likely to end up in prison, Bradley Manning being a prime example. His incarceration is a physical expression of the emotional damage suffered by all whistle-blowers.

Without Bradley Manning, it is much less likely that the US war-machine would be after Wikileaks. Manning is a hero, displaying extraordinary moral and physical courage in withstanding months of soft torture to get him to rat. His reason for passing on the US government documents is why the world needs a Wikileaks. He had evidence of criminality. He told his superiors. They did nothing. In refusing to ‘obey orders’, and thus be complicit in those crimes, he made the material available to the world.

Manning lived out the legend about George Washington’s response when his mother asked him whether he had chopped down the cherry-tree: ‘Mother, I cannot tell a lie.’ Successive US governments seem incapable of doing anything else.  Their addiction to black propaganda extends to their allies in the UK, Sweden and Australia. As the US journalist and precursor of Wikileaks, I.F. ‘Izzy’ Stone used to put it: ‘All governments are run by liars and nothing they say should be believed.’

Earlier this week, UK Foreign Secretary William Hague said that Assange was ‘facing criminal charges’ in Sweden, which is a bare-faced lie. The ‘special relationship’ between the US and UK is not affected by changeovers from Labour to Conservative administrations in Whitehall, as Blair demonstrated with the invasion of Iraq. UK governments are as alarmed as is the CIA at the prospect of endless exposures of its crimes from Wikileaks-style bodies.

At the same time, the Swedish politician driving the investigation in Stockholm was talking about ‘rape’. The ABC maintains a version of that slander by reporting that Assange is wanted for questioning about ‘sexual assault’, as if violence or some kind of coercion had taken place. It is a tribute to the good sense of a majority of Australians that the nature of the possible offence has broken through this campaign of character assassination. The conduct at issue is best described by one of his US lawyers as ‘misconduct’ and is not any kind of criminal offence in the UK, the US or Australia. However, even if Assange had never gone to Sweden, the US authorities would have come up with some way of diverting attention from their crimes onto him, as they have tried with his family background and with Manning’s sexuality. The tactic aims to fool people into believing that what goes on inside the heads of that pair is more important than the crimes they spotlight.

As much as we need to counter the black propaganda from overseas, our target has to be the liars in the ALP administration and the Australian-based media. Prime minister Gillard opened the lying with the allegation that Assange had engaged in criminal activities by releasing ‘top secret’ material. Since the Federal Police blew that charge out of the water, she has taken refuge in the claim that Australia cannot ‘interfere’ in legal processes elsewhere. That line is hard to square with interventions in Indonesia over drug traffickers and in Libya on behalf of a War Crimes lawyer.

The big lie concerns what the government has been doing by way of consular and diplomatic contact. Attorney-General Roxon and Foreign Minister Carr point to the occasions on which officials have approached Assange or his legal team. What they don’t own up to is what they are telling the US and UK authorities. Once a Wikileaks-style body publishes the traffic concerning Assange, Australian politicians and diplomats again will have a tough time maintaining their current positions as anything more than a morass of mendacity.

That exposure has started with information secured by the Fairfax media. We might ask why that content was not freely available in the first place. From the Washington Embassy, agent of US influence Beazley has had one concern above all others. He and Gillard have been pleading for at least a few hours notice of any overt moves by the US of A against Assange. The lickspittles need that time to get their lies straight.

A second foretaste of what to expect from the high-level emails came this week when freedom-of-information requests got the assessments from the Department of Defence about the allegation that the Wikileaks had endangered the lives or safety of Australian forces in Afghanistan. The report showed that there was no evidence for that claim. The danger, according to Defence, was that the revelations would further reduce support for the war. Hence, the commitment depends on keeping the truth about corruption and criminalities from the public. The case for keeping some diplomacy top-secret is once more shown to be a cover for deceit.

The wars in the Middle East point to the context needed to make sense of the ALP’s subservience to the US over Wikileaks. As ever, Canberra is giving the war machine what it wants with the Marine base in Darwin, a base for drones out of Katherine and greater access to HMAS Sterling near Perth. Those sell-outs were announced during a parade of sycophancy during the Obama visit last October which sickened even unquestioning supporters of the Alliance. The enthusiasm for the ‘American Alliance’ voiced by Gillard and Co. keeps quiet about its core component, namely, the intelligence-sharing network set up in the late 1940s. Publishing secrets is a low level of code-breaking.

Assange fears for his life if tried under the US Patriot Act. No doubt, his fears extend beyond any military commission at Guantanamo to what is likely to befall him on the streets of Quito. Should he get to Ecuador, he will not be safe from the US. They will never give up. Alongside the secret Grand Jury in Virginia preparing to indict him, he will know that Washington will also be preparing to oversee his murder. Wherever he goes, he will be a target for an assassination team.

The US military set up its School of Assassins (aka the School of the Americas) to train Latin American officers to murder tens of thousands of trade unionists and other progressives, including Catholic nuns and a bishop. Indeed, Even had President Correa refused Assange’s request for asylum he would be watching over his shoulder for an ‘accident’ to his aircraft and for a US-backed coup against his socially progressive administration. He survived a police revolt in October 2010 after he had cut off their funding from the US. The US faces a continent-wide challenge to its control of resources and markets. Washington backed the failed coup against Chavez in Venezuela in 2002. Two soft coups, Honduras and Paraguay,  have succeeded since 2009. More covert actions are in the pipeline to make ‘democracy safe for oil’.

The record shows that there is nothing the rich and powerful won’t do to hang onto their privileges. Why should anyone be amazed at the UK threat to enter Ecuador’s embassy when British governments have been invading countries for hundreds of years, most recently Iraq. Australia’s indigenous people can testify to that tradition.

Reflecting on the hope that the truth will set us free, we encounter Edward Said’s saying that the duty of the intellectual is to speak truth to power. That obligation is never confined to intellectuals. No one has done more than Bradley Manning to fulfill that moral imperative. So, what should we all be saying to the rich and powerful, that One Percent? First, we must join in telling them what they do not like to hear; even more, we must chorus what they do not want the rest of us to know.

‘Telling the truth’, whether to power or to the powerless, is not enough. Diluting the super-saturated solution of falsehoods that passes for ‘the news’ is valuable only to the extent that it helps to break the power of the US war machine as the advance guard of corporate plunder of the creativity of human labour and of the wealth of nature. That goal has brought us together in Canberra this afternoon in support of governments such as Ecuador’s that display the self-respect so lacking in British High Commission behind us and the national gasworks on the hill in front of us.