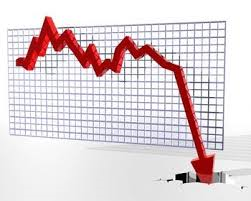 I’ve previously mentioned that you’ll know more than 99% of economists and 100% of politicians once you’ve understood the import of Henry George’s equation P – R = W + I.

It explains why the world of finance is currently falling apart, and has been increasingly under threat since the 1973 worldwide land price bubble which has virtually been written out of history.

So, what is it that’s “increasingly” happened since 1973?

It’s the rapidly-escalating share of the price of land in real estate sales. Australia is probably representative, if not a little worse, than most countries where, on average, the land component has increased from 25% to 75% over the period.  And it’s not simply a function of population increase or ‘demand’.  We need to remember that the price of land represents the private capitalisation of land rent (the ‘R’) in Henry George’s abovementioned formula that he said needs to be captured for public revenue.

George’s equation shows that if land rent were taken from production (‘P’) for necessary revenue, labour’s income (‘W’) and capital’s income (‘I’) wouldn’t have to be taxed at all!  (And there IS enough rent!)

So, by failing to capture sufficient land rent to the public purse, land prices–a private tax on purchasers–have increased massively over the last 40 years at the expense of  wages and business profits. In fact, the equation shows that wages and profits CANNOT increase in real terms on average if increasing amounts of ‘land’ rent (which includes incomes from land, minerals, fishing, forestry and spectrum) are being privatised instead of captured for public revenue.

Therefore, those baby-boomers who say “We had to work hard for our home, too!” are missing the point that younger people are doing it harder, not only because real wages have declined on average over the last forty years—recent increases may have arrested the rate of decline, but haven’t offset it—but the land component is now a much greater proportion of real estate prices.

The banks, of course, do exceptionally well out of land price-inflated mortgages which usually require two incomes to service now, when once a single income was sufficient.

So, these high land prices have led to more taxes on labour and capital (and lower wages and profits) and less demand in the economy. Meanwhile, there’s an awful lot of baby-boomers’ money sloshing about in share and property market ‘investment’ bubbles – and these are NOT the real economy, but part of the FIRE sector!

Things will get REALLY grim in Australia when the real estate market bubble finally bursts. It is the latter that will formally announce the world financial depression to Australians – just as the October 1987 stock market collapse preceded the 1989 property bubble bursting, which in turn brought on the recession at the outset of the 1990s.

With P – R = W + I as your guide, you can write the script about this decline into financial depression. Until we capture more of the economic rent of our natural resources, these events are set in concrete.

Meanwhile, Treasurer Joe Hockey, and his similarly-irrelevant overseas confreres, will try to hold the fort by promoting “confidence” as they continue to disregard the structural flaw that faces world economies.