Yes, these are exciting times, indeed, and I’m optimistic about the future, too.  However, I’m not so sure whether you’re the man to deliver Australia into a new Progressive Era.  Remember? –> The introduction of the federal land tax; the founding of Canberra on the basis of a leasehold land system to keep land cheap for people moving there; local government paying for itself, instead of putting its hand out to the federal government in abject supplication for extra funding …..?

You should be the person, Malcolm, because I have reason to believe you understand the basic problem with the financial system of which you were once part in your private capacity – but will you be able to ‘man up’ and explain to the Australian people why we are in the economic doldrums: namely, that rather than operating under a capitalist system, the West has morphed into a rentier capitalist regime.

That’s because we let the FIRE sector (finance, insurance and real estate) run amok at rent-seeking, speculating in the economic rents that belong equally to everyone in the nation, rather than focus on the real economy and on Australia’s productivity.

We failed to collect the economic rents, that 25% of the economy which glues Australians together into a community instead of  becoming a nation of selfish rent-seekers. We need to change our ways.

Why I believe you do understand the problem–the need to capture more of our economic rent for revenue and to cut concomitantly taxation on individuals and companies–is because your wife, Lucy, made herself clear on the point.  I’m not sure whether she educated you on it, Malcolm, or vice versa, but when she was Lord Mayor of Sydney, Lucy said:

“You could argue that property owners are getting a windfall gain from the provision of infrastructure without making some kind of contribution from the property value rise that they enjoy,” Mrs Turnbull said. “In an ideal world, they would pay a fair and reasonable component of the infrastructure which they directly enjoy. You couldn’t argue that’s not a fair proposition.” – Australian Financial Review, 20 February 2012. 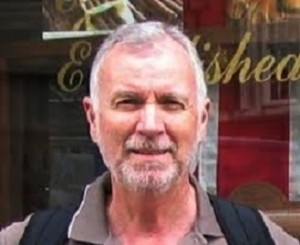 It’s a delicate issue though, isn’t it?  If you ignore our economic rents, you’ll end up being just another ineffectual Australian prime minister who wasn’t up for it.  On the other hand, if you do try to spell out to Australians the disastrous rent-seeking role of the banks and individuals, it will cause our gigantic real estate bubble to deflate.

But it has to be allowed to deflate, Malcolm, otherwise we will end up in a Zombie-like situation like Japan–and now the US–constantly printing money to keep their parasitic rentier-banking systems alive.

Australia needs a statesman to help us make our own future, Malcolm: we should not follow others’ economic mistakes.

Are you up to it?