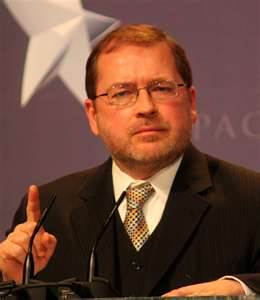 This BBC interview with Grover Norquist, president of Americans for Tax reform, attracted my attention overnight.

As with President Obama and challenger Mitt Romney on the subject of taxation, Norquist is partly correct: taxation and excessive government is indeed a problem. As it has always been, it is the stuff of revolutions.

But Norquist’s well-researched data and detail is simply part of the mindless bifurcation on taxation in American politics (and elsewhere), where both sides have latched onto only a glimpse of the truth.

Add a layer of party politics to this partial truth, and the argument for each party boils down to: “We’re right and you’re wrong!”

Is it possible there could be a third alternative which offers enough common ground to resolve this seemingly irremediable impasse on taxation?

What if we were to agree with Norquist that ALL taxation is indeed theft, but that a certain amount of revenue is essential if any mixed economy is to be workable?  (And it is a mixed economy, surely, Grover?)

What if we were to agree with Obama that the wealthy haven’t been carrying their fair share; that, in fact, the 99.99% have been ripping off the middle class.

So, what remains which might bring such warring parties to common ground?

How about the common ground itself: the land?

A community charge, based on the value of land held, is NOT an arbitrary tax: any decent economist will tell you it’s a rent in nature. It can’t be passed on in prices like a tax and, if used to abolish other taxes on labour and capital, this must surely free up labour and capital to generate real wealth?

But, no, I rather suspect Grover Norquist’s interests are not in resolving the revenue quandary, but in ensuring the poor and middle class continue to lose out badly to the 0.01%–the parasitic rentier class–which has brought this economic depression upon us.

I may be wrong, but it sounded like Grover Norquist remains in love with the disgraced ideas of Ayn Rand.

3 thoughts on “AMERICANS FOR TAX REFORM?”