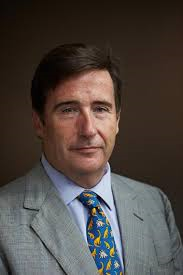 The federal government is less than a week from releasing its much-touted tax white paper but prominent investor Mark Carnegie says there’s no point: it should instead return to the Hawke-Keating era of decision-making and boldly implement the changes identified by reviews already.

Increasing the rate of the goods and services tax, plugging loopholes that help the rich to dodge tax and picking up ignored Henry tax review recommendations – chiefly land tax – are among the changes Mr Carnegie said were well-known reform musts.

“This is an issue of political will and execution,” the outspoken, high-profile Sydneysider told The Australian Financial Review.

“We’ve got collective action problems, not a paucity of ideas. Everybody agrees on what needs to get done.

“They’ve got to take their clothes off and put on each other’s clothes. We’re going to get stuck.”

For Mr Carnegie, what needs to be done was largely fleshed out in the Henry tax review, which is approaching its fifth anniversary in May. The clear exception was the GST, which the Henry panel was not allowed to consider.

Mr Carnegie said the consumption tax should rise to 15 per cent but only with a carefully devised compensation package to protect the poor.

Mr Carnegie’s venture capital company, M.H. Carnegie & Co, is funding the Australian Council of Social Service to do modelling work to figure out how the most vulnerable can be protected in any tax reform.

Land tax is the second big issue for Mr Carnegie, who nominates the mining tax – which struggled to life under the Labor government and was ceremoniously spiked by the Abbott government – as the most sensible idea that was “killed” by the mining lobby. Treasury estimates had collections over the next three years accumulating to $4.6 billion.

“Everything else is a distant third,” he said.

That’s not to say that they aren’t important.

“We really need a carbon tax – that debate has been asked and answered,” he said, expressing embarrassment that any move would now follow that of other nations, particularly the US and China, rather than lead them.

Negative gearing and trusts are among the areas that could be tapped to help claw back tax from the rich.

“Tax needs to fall disproportionately on the rich – everyone agrees on that now,” he said.

Carnegie, a mate of and co-investor with John Singleton, is a philanthropist and serial panellist on popular ABC political talk show Q&A who cuts a unique figure in the business world for his prioritisation of the needs of those who don’t share his riches.

Mr Carnegie stole headlines in 2011 at the Gillard-and-Swan-brokered tax forum, by declaring that the top 15 per cent of taxpayers should pay an additional 15 per cent in tax, through the abolition of loopholes.

Buying into the current debate over including the home in the pension means test, Mr Carnegie said it was a part of the net equity and assets that should fall within the formula.

On the Treasurer Joe Hockey’s talking point on allowing young people to tap into superannuation savings to buy a house, Mr Carnegie said the problem with the housing market had more to do with “barriers to supply as a result of ridiculous red-tape and shithouse infrastructure”.

“The big issue is you don’t want more than a 20-minute commute to work, which means you’ve got to have better rail and transport utilities.”

The Hawke-Keating government implemented a wide range of bold landmark reforms, including floating the Aussie dollar, introducing capital gains and fringe benefits taxes, breaking down tariffs and privatising state assets, including the Commonwealth Bank of Australia.