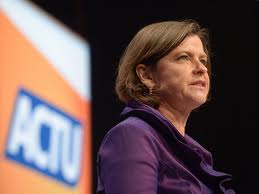 Nice to see the following three points in the draft of taxation policy at the Australian Council of Trade Unions’ 2012 Congress:-

24. Congress calls on the Government to examine the following proposals:

a) Negative gearing should be confined to the same source income. Losses arising from owning an investment property should not be able to be deducted from taxable income earned in other ways.

b) Stamp duties should be replaced with a broad-based, progressive land tax with a generous tax-free threshold. The land tax should include provisions allowing asset-rich, income-poor households to defer payment of liabilities.

c) The First Home Owner Grant should be phased out. The Grant is largely counter-productive, as it has led to an increase in property prices. Assistance to first-home buyers should be targeted towards the construction of new dwellings.

It might assist the Labor Party to take note of these suggestions and start to return to its roots, especially concerning land tax.  In many areas, it has become indistinguishable from the Tories.

I touched upon the fact here and here that a land tax had always been Australian Labor Party policy, and former secretary of the party, Cyril Wyndham, took it upon himself simply to write the plank out of the party’s platform in 1964.  Well done, Cyril!  I guess the policy to reinstate the federal land tax removed by Bob Menzies was a bit too embarrassing for you?

Except for that bit about a “generous tax-free threshold”, the ACTU is in now almost line with the recommendations of the Henry Tax Review on land tax.

Oh?  So, I guess we can expect the Libs to abolish all the taxes recommended by Ken Henry’s panel, improve the mining tax so badly stuffed up by Labor, and call for the States to implement a single-rate all-in land tax?

That’s something Australians will look forward to with great anticipation, Joe!

One thought on “ACTU BACK ON TRACK. NOW FOR LABOR AND LIBS.”