I was terribly, terribly upset when I didn’t rate a mention in Dr Dirk Bezemer’s list of those who forecast this global financial collapse.  [Sob!] After all, I did forecast that it would be with us by 2009 in the British journal Geophilos in 2001: likewise in a  videoed address at Melbourne Uni in 2005, and in Unlocking the Riches of Oz in 2007. [Sob!]

But maybe Dirk Bezemer was looking at economists only, in order to emphasise the point that so very few of these purportedly professional people were able to see this depression coming – so perhaps he wasn’t interested in people employed in real estate who foresaw it?

Of course, whatever we’re called, valuers-assessors-chartered surveyors, we ought to be at the top of any list of economic forecasters, because unlike economists we do understand that the real estate market leads and directs the economy.  Economists don’t, except for the handful on Bezemer’s list; that’s what distinguishes his tiny group from their more pedestrian confreres.  As Henry George once famously said, economists who can’t explain financial depressions are simply “mules packing a library”. 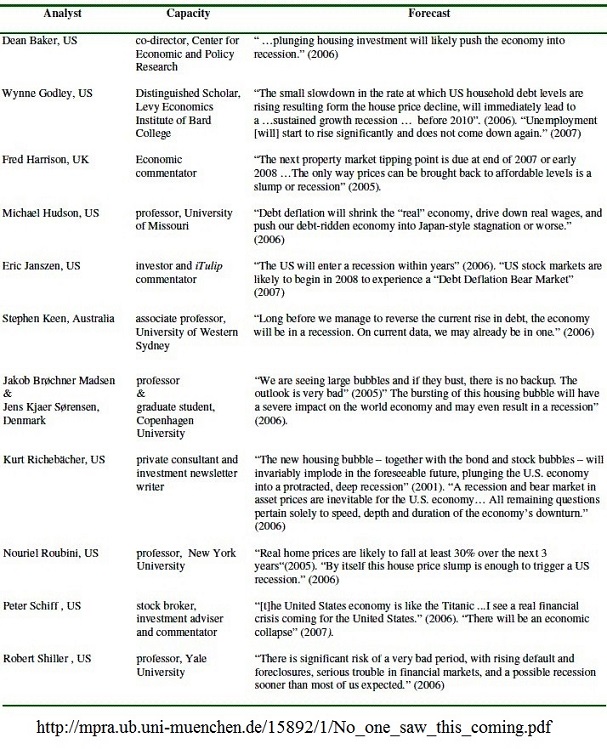 And I hope my two submissions to Australia’s Future Tax System, one of which I reproduce here, may have influenced the recommendations of Ken Henry’s committee.  You never know. 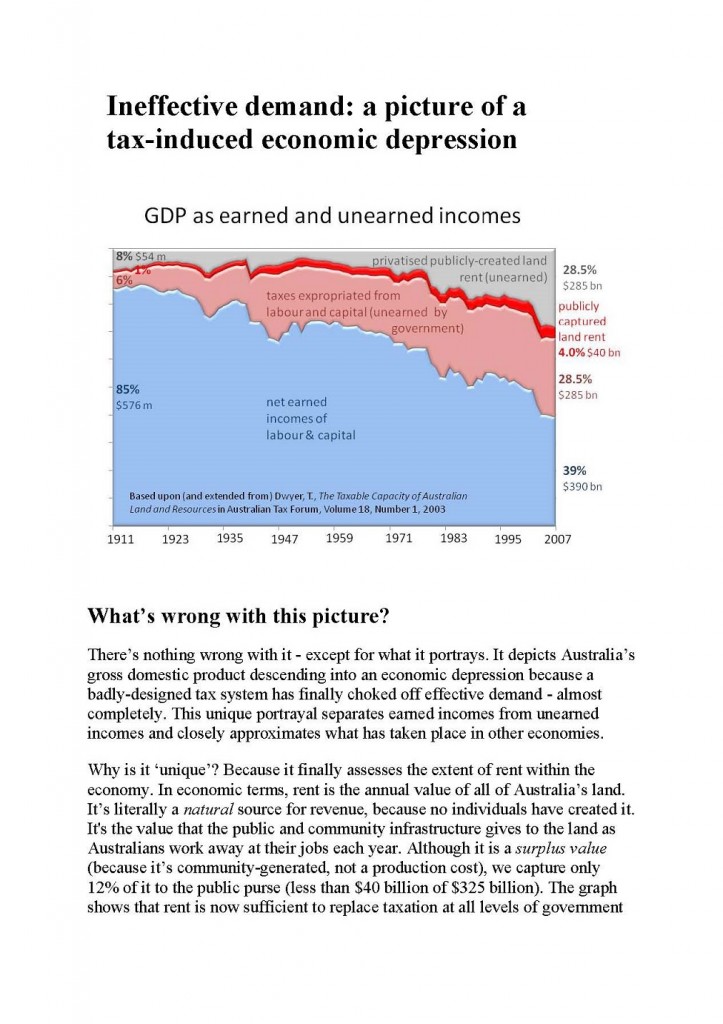 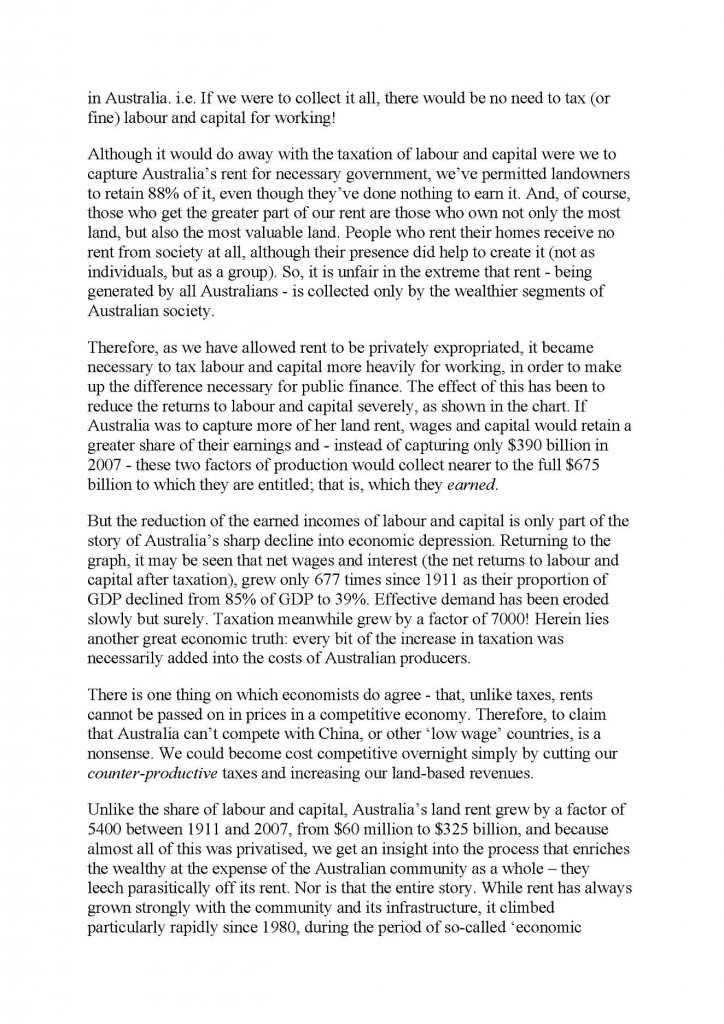 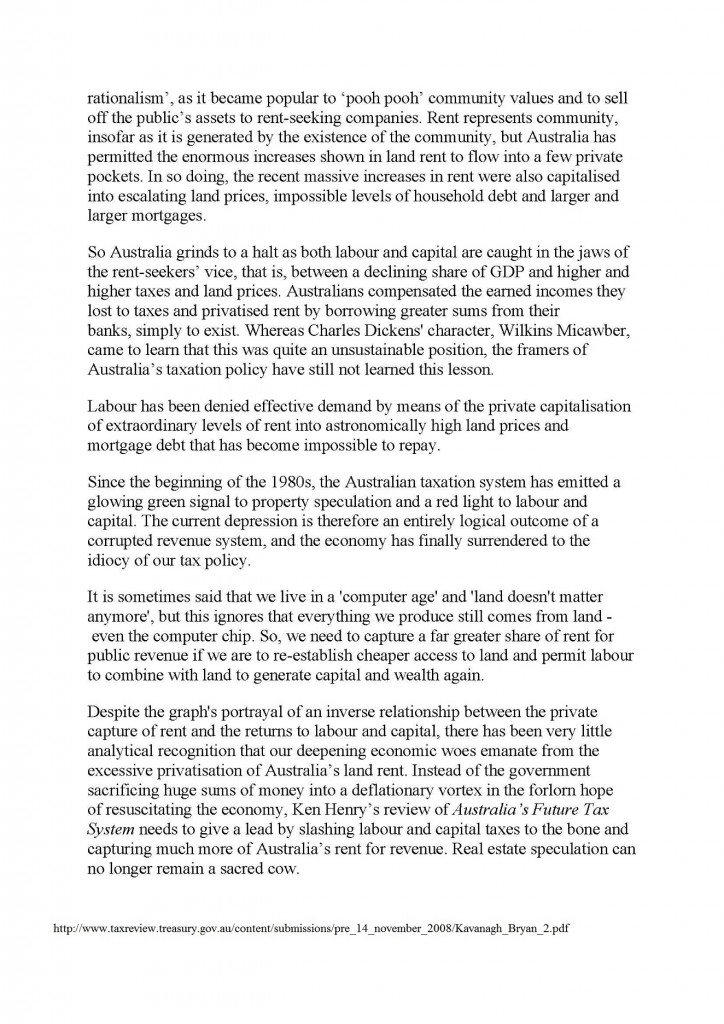 2 thoughts on “ACCURATE FORECASTING IS THE STUFF OF ECONOMIC ANALYSIS”