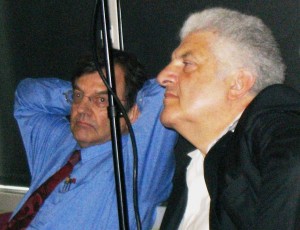 Modern economists are  lost because, although they occasionally like to speak of economic rents in the abstract, they have absolutely no idea of the sheer volume of land rent within the economy. It’s some 33% of GDP.  It seems the vast majority of economists are able to turn a blind eye to what happens to one-third of the economy.

Georgists comprehend the damage taxes wreak upon the economy and that whilst their deadweight destroys business and employment, a charge on land rents does not. In fact, it not only helps the efficient allocation of natural resources, but assists in conserving the environment.

Georgist economists were well represented amongst those who predicted the global financial collapse.  Those accurate forecasters who were not Georgist, such as Nouriel Roubini, had a grasp of the destruction aberrant real estate markets could work upon economies, so theirs also remains scientific explanations of why we are where we are.

Once you understand the role of land and its rent within the economy, you can have worthwhile discussion abut how to fix the current depression. Not until then.

If so, pay attention to this short video conversation between two people who forecast this economic depression, Fred Harrison and Michael Hudson.