In actuality they will join a long list of failed Treasurers, albeit economic commentators and the media may give them a pass mark, or even elevate them to the position of “world’s greatest Treasurer” a la Keating, Costello and Swan, which of course was monstrous nonsense.

Keating gave us compulsory superannuation for God’s sake! Costello presided over the world’s greatest real estate bubble and Swan did nothing to keep the lid on it, spending tens of billions of dollars in taxpayers’ money simply to delay it from bursting on his watch.

Joe Hockey took the opportunity on Q and A to display his ignorance of the difference between a tax and a rent, disporting himself triumphantly to the effect a Liberal government will abolish the mining ‘tax’. He also thought shortage of supply had something to do with the impossibly high price of housing (as was also proven wrong in the case of Southern California). Chris Bowen was too compliant and dull to pick him up on either important point.

So, as our various Treasurers have slowly but surely (relentlessly?) directed us into yet another economic depression, I wondered what a look back into the history of the 1890s depression might show us.

A peep at a 120 year-old copy of “The Beacon” dated 1 August 1893 shows there’s nothing new under the sun, at least until Australians have the wit to elect a Georgist Treasurer, the like of The UK’s David Lloyd George. 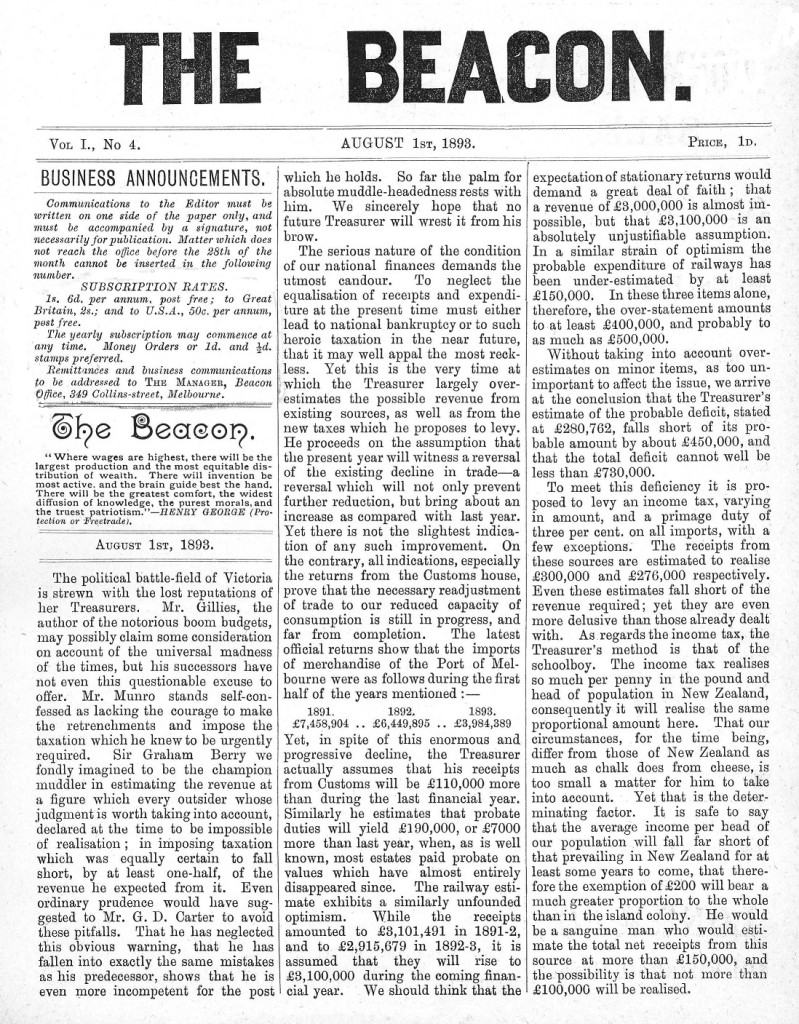