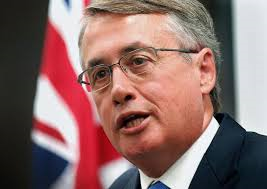 I enjoyed reading “The Good Fight“, Wayne Swan’s account of the Rudd-Gillard-Rudd federal governments’ “Six years, two prime ministers and staring down the Great Recession”. As you’d expect, it contains enlightening detail of the political comings-and-goings during Labor’s hectic and divided term from 24 November 2007 to 7 September 2013.

Whilst you’d expect the former Treasurer’s story to be self-serving, Wayne Swan does own up to several of his own errors, in addition to Kevin Rudd’s myriad which emerge, and the truthfulness of his account becomes patent. But there is one grave omission that amounts to a form of dishonesty. More on this later.

I got to the end of the book admiring Swan’s conviction in carrying on ‘the good fight’ and I believe he makes his most timely and important point in Appendix 2 “Land of Hope and Dreams”, a speech delivered in the John Button Lecture at the Wheeler Centre in Melbourne on 2 August 2012:-

Obviously, you have to make a pie before you can slice it—and I’m deeply proud that we’ve grown our national pie by nearly 10 per cent since the GFC—but eventually you do have to slice it. The choices you make in slicing the pie reflect fundamental moral judgments. They also reflect important economic judgments, because economically divided societies tend to be societies without a common purpose, without cohesion, without cooperation, and eventually without economic growth.

America’s leading economists now bear this out. From at least the early 1980s onwards, working class Americans have been losing their share of American prosperity while the wealthy have been gaining dramatically more. So much so that leading economists and sociologists like Paul Krugman, Joseph Stiglitz and Robert Putnam now observe that wealth inequality, not race, is the most important divisive factor in US society.

Swan is aware of the need for resource-based revenues in order to achieve a measure of public equity, and in respect of the Resource Super Profit Tax:-

Every Australian should be concerned about how the anti-mining-tax campaigners manipulated media coverage to support special interest over the public good. For example, the views of minor academic-turned-conservative-op-ed-columnist Judith Sloan were elevated above those Nobel Prize winners who supported the tax.

Like many Australians, Euromoney’s 2011 Finance Minister of the Year saw billionaires parading on a flatbed truck to put their case against Australians getting their fair share from exploitation of our minerals as a gross obscenity.

Because Australia was behind the curve in its land price bubble, Wayne Swan had time to forestall the country from going into recession during the GFC by undertaking a series of well-reported pump-priming episodes.

One is left wondering whether these stimuli were at least in part inspired by Swan’s 6:30 am directive in a telephone call from US Treasury secretary Hank Paulson on 10 January 2008: “‘Look … if we can avoid a meltdown in house prices, then we might be able to see a way through this’, he said.”

You also failed to comment on whether you see the worldwide rent-seeking epidemic in house prices—or, more particularly Australia’s current bubble in land prices–as every bit as obscene as Gina Rinehart’s rent-seeking in our mineral resources, Mr Swan. Nor did you mention that land tax was part of the Labor party policy until it was written (not voted) out of the party’s platform in the 1960s by party secretary Cyril Wyndham. Would not an all-in land tax have acted to obviate the build-up of this poised-to-burst bubble? Surely, these are important considerations not brought to light in your economic analysis? This omission, this void, is palpable.

Did not the late Labor stalwart Clyde Cameron contend this was where the party had lost its way, Mr Swan?  You say you don’t want the GFC to be extended because of its regressive nature, so the void is remaining to be filled.

One thought on “GOOD READ MISSES A KEY POINT”