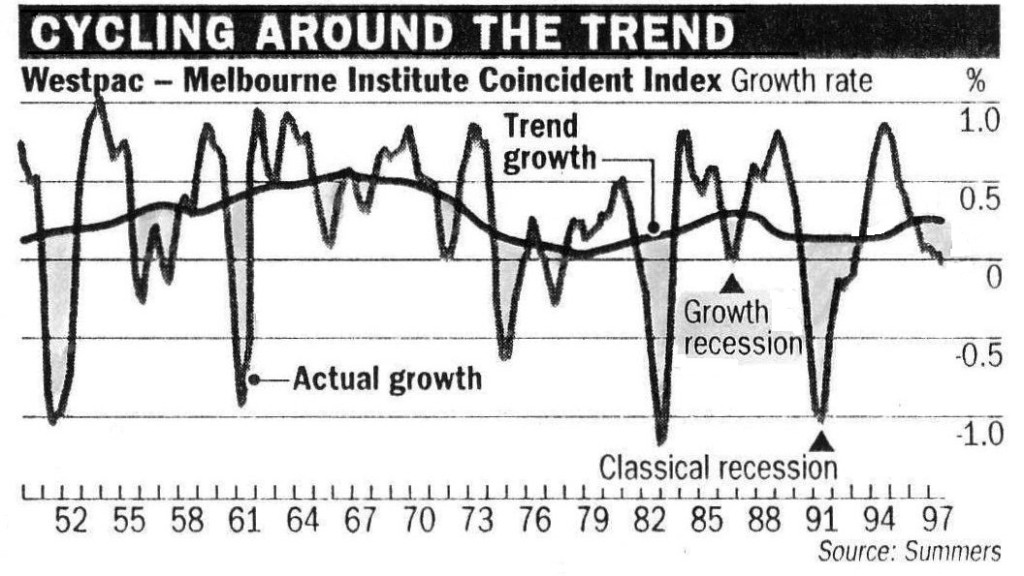 I was taken by a chart published on page 18 the Australian Financial Review today. The article accompanying it explained how traditional methods of analysing business cycles were developed at the National Bureau of Economic Research in the US in the 1930s and 1940s.

“Classical cycles”, it said, “are fluctuations in the level of economic activity, while ‘growth cycles’ are fluctuations around the trend in economic activity.” So, you’re actually looking for quarters of negative growth to define a classical recession. However, when ACTUAL growth dips below the TREND growth line, you’re in a growth recession, even if growth itself is positive.

I noted from the chart that Australia has dipped below the trend line since December 1995, and we have been in a ‘growth recession’ since. But the thing that really struck a chord with this particular K-wave enthusiast was that the trend line, which had trended UP since WWII to the beginning of the ’70s, had trended DOWN ever since. Is this not the very Kondratieff Wave that has gathered us all at this place?

The trend of the trend did not rate a comment in the article entitled “Faster growth on the way”. In Oz we’ve been told ‘faster growth on the way’ since the 1991 recession, so I’ll believe that when I see the TREND turn up sharply, NOT just the ACTUAL growth line. And I would have thought that we can’t get that until we have the resolution of unsustainable debtloads which have classically defined the K-wave trough?

I think that George Ure put this extremely well. He just posted:-

” I (and others like me) believe that we haven’t had the necessary depression yet. By necessary, I mean one that will wring the excesses out of the credit system. One of the functions of a classic long wave unraveling into a depression is that it unravels the debt monster. This is characterized by people losing things purchased on credit. The minimal amounts of home repo’s, car repo’s, and bankruptcies is, in my view, not what is necessary to
wipe off the debt slate and start over.”

Unless I’ve missed something, seems to me we’re still wallowing in our ignorance and making the same old mistakes. We have expertise in a many areas, but not in understanding the K-wave, nor in ameliorating its peaks and troughs. 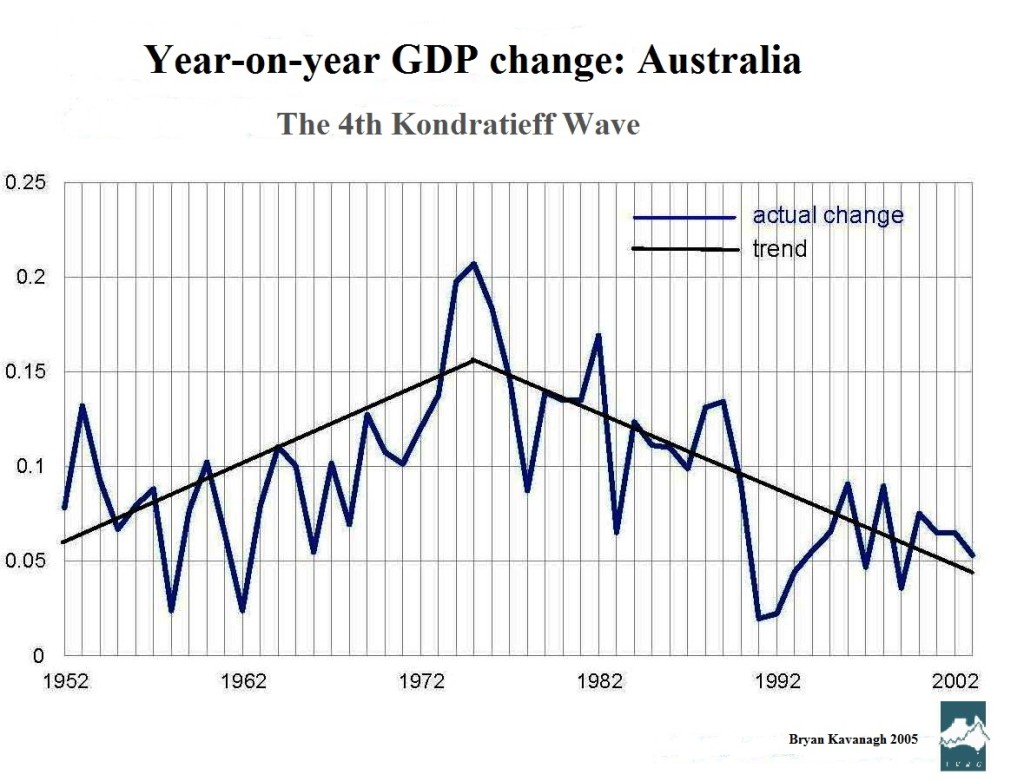