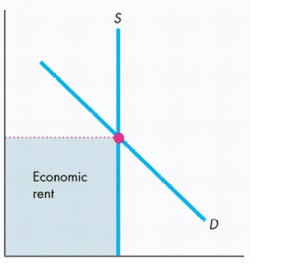 WHAT IS IT EXACTLY?

It’s a pity the vast majority of Australians don’t understand the term ‘rent seeking’, because they ought to know why the value of average real wages has been declining since 1972. The capitalist system has become terminally ill, because people and companies have given up producing wealth in favour of rent-seeking.

No, real wages simply decline as a result of inflation, some will say. Yes, but what generates that inflation? The printing of excessive paper currency? Yes, but why do governments find this to be necessary?

The decline in real wages and inflation can be traced back to the failure of governments to capture economic rent for their revenue. But what is this ‘rent’?

Rent arises when people come together in a community. It shouldn’t be confounded and confused with the rent paid under a lease by a tenant.

Rent is the return, not to labor nor capital, but to natural resources. It includes: land rents; oil and mineral rents; electronic spectra rents; fishing and forestry rents; air traffic rights, etc. Rent is not privately produced but simply arises where a community of people utlise natural resources.

In English law there is a long tradition of rents being part of the common wealth. It is only in recent history that we’ve savagely reduced the collection for revenue of natural resource rents and started to raise personal income, company taxes and sales taxes.

As a direct result, this has allowed companies and individuals to set their sights on trying to privatise and monopolise these publicly generated rents. As governments have failed in their duty to capture the rents of nature for revenue, economic rent has become an easy target for private interests and so-called entrepreneurs.

I’ve shown in the (middle) “GDP graph” on this page that land rent alone could replace all of Australia’s taxation on labor and capital, which is one third of GDP. When you add the other natural resource rents listed above, total economic rent is somewhere in the order of fifty per cent of the economy and we  collect only about 5 per cent of this.

If we captured all of Australia’s economic rent for the necessary running of government and abolished the taxation that raises prices, lowers wages and generates periodic recessions, this would mean that there would be a substantial universal basic income payable to all Australians. There would be no need for pensions of any description.

In the spreadsheet in “Unlocking the Riches of Oz”, I showed how our GDP must rapidly double if we capture rent and abolish taxes on production, thrift and industry.

But we don’t capture rent, so we have those few, including banks, who do capture most of it – most certainly not the average home owner – growing incredibly wealthy at the expense of the other 99.5 per cent of Australians. You can’t become a billionaire without private capture of the public’s rent. This refers not only to holders of the most valuable lands across Australia, and those who take mortgages over them, but to the principals of big mining companies who finance ad campaigns to ensure they continue to retain the common wealth in their profits.

Once Australians understand rent seeking, they will also come to see the manner in which they are being played for fools by the already super wealthy.

And they’ll come to understand why we’re having this depression.