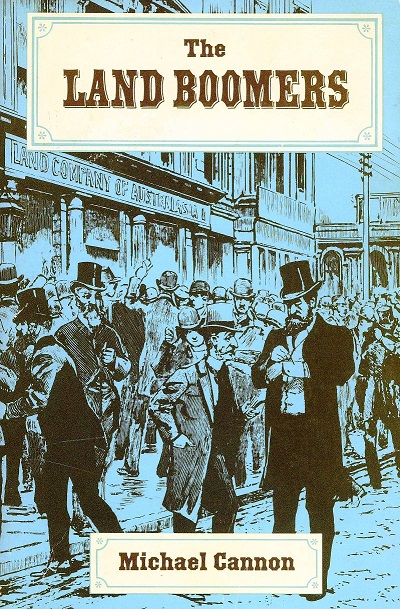 The State of Victoria is now in recession. So we’re in the same basket as South Australia and Tasmania. Who would have thunk it? (BTW, that’s feigned surprise.)

Premier Ted Baillieu has resigned because he’s lost the support of his party room. The premier’s a decent man but couldn’t provide the leadership the Liberal party expected of him, nor did he fulfill his promises to Victoria’s teachers.  Negotiating a better outcome on teachers’ salaries is likely to be high on new premier Denis Napthine’s to-do list.

It’s unclear at this point whether this is beginning of Australia’s GREAT RECESSION, but there is an interesting Baillieu connection to Australia’s greatest social and economic collapse in the 1890s depression.

Michael Cannon’s “The Land Boomers” surgically documents Australia’s 1880s land price bubble and the 1890s depression which was largely directed out of Melbourne. (For one reason or another, Melbourne seems always to out-do Sydney as Bubble Meister.)

Various members of the Baillieu family loomed large in land deals across more than fifty pages of Cannon’s explosive narrative, perhaps none more so than WL Baillieu who secretly settled debts from his mining ventures for sixpence in the pound. Then “Baillieu simply formed himself into ‘WL Baillieu & Co’, auctioneer and estate agent, and blithely invited new business. Only a handful of people knew, or cared, about his secret insolvency.”

The Baillieu name remains closely associated to real estate agency to this day.

Like his successor, Ted Baillieu has the saving grace of being a Geelong supporter.