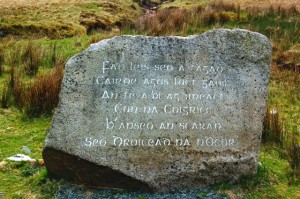 After living in Ireland then the United States, where she met her partner, she now lives in Melbourne.

In her spare time (apparently she has some) Maireid’s efforts to reconcile the arts community and people in general with what increasingly appeared to be the failure of politics led her to discover Georgist economics.

Ireland’s and the United States’ loss has been Australia’s gain, but the part Maireid has played in the Hill of Tara campaign demonstrates her active role within the great Irish Diaspora.

We’re likely to be seeing more of the Irish here.