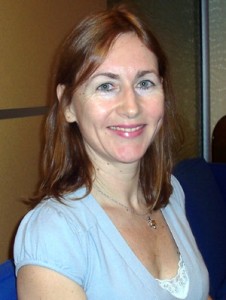 I’m no accountant nor bookkeeper.  Apart from having a brother-in-law who is an accountant, the nearest I’ve got to them is having mine produce our annual financials and tax return, and to address a group of chartered accountants at their dinner at the RACV Building in Melbourne about five years ago on the subject of the coming financial collapse.

Since Boxing Day, however, I’ve been thoroughly enjoying Jane Gleeson-White’s “DOUBLE ENTRY:  How the merchants of Venice shaped the modern world—and how their invention could make or break the planet”.

Gleeson-White’s research into the founder of double entry bookkeeping, Luca Pacioli, is as admirable as the genuine homage she pays to the fifteenth century Franciscan friar for his clever and dogged approach to improving the system of recording financial dealings.  Pacioli broke with tradition to write in the vernacular to capitalise, in every sense of the word, on the invention of the printing press to get his message out.

But it was to where Jane Gleeson-White then takes the book that grabbed me most.

Yes, Pacioli’s system of double entry has served the world well, she notes, but practitioners have not been beyond abusing it, as did the recently departed Arthur Anderson company in Enron’s grand fraud.  (I’ll long have the memory of the bastard at his monitor, crying “Burn, Baby, burn!”)

It’s still a matter of garbage in, garbage out, or maybe hiding the nasties by cleverly taking them off balance sheet. (Why am I reminded that Paul Keating’s 9% superannuation guarantee levy couldn’t possibly be a payroll tax by stealth because it is compulsorily directed into non-government funds?)

Gleeson-White notes that we’ve improved the national accounts since Keynes’ first applied Luca Pacioli’s principles to them, but says the state of the planet and of economies attests to the fact we’ve still got a long way to go.

The author comes tantalizingly close to seeing economic rent’s relationship to people and the planet! (I like to think of natural resource rent as the glue that holds society together.)

Maybe the problem is not the limitations of GDP as a measuring stick—i.e. that it underestimates the true costs involved in the making of a Big Mac, or the real value of trees—but by so obviously failing to break incomes down into earned incomes and (unearned) natural resource rents, we don’t expose those shysters who continue their destruction of the planet?

And as it’s little known that ‘super profits’ (especially land and natural resource rents) make up close to 50% of GDP—and are mainly captured by the 1%—what a great follow-up that might make, Jane?

One thought on “DOUBLE ENTRY”