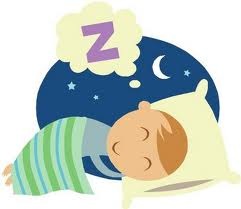 Last night I had the strangest dream – a nightmare. I was in a land called Oz, a land where the government taxed productivity. There were taxes on people’s earned incomes, on the goods and services they produced and purchased, and on their comings and goings in general. If businesses produced anything at all, they were fined for so doing. If they employed too many people they were slugged with something they called a payroll tax.

This was ‘post industrial’; this was an economy of high finance.

Oz had a Productivity Commission to ensure that as little real wealth as possible was produced. It did a fine job.

But they did give tax breaks to property speculation in Oz, calling it property ‘investment’, or an impetus to ‘the provision of housing’. You could ‘negatively gear’ your investment property and exaggerate your depreciation and repairs, so other taxpayers helped you buy your property. Nice?

Having fined the hard-earned salaries of the people of Oz with taxes on their efforts – as though they had just punched a policeman in the eye, or committed some other crime – the prices of their land shot up spectacularly because that’s what this strange tax regime had encouraged. Their ecclesiastical high priests preached that the phenomenon was “simply a matter of supply and demand: the tax system has nothing to do with high land prices.”

Look, I know this all sounds too stupid, but that’s often the way it is with dreams, isn’t it?

On top of their taxes and a Mediplank levy, the sad little wage earners of Oz were slugged a further 9% penalty called a superannuation levy, because it was thought they were too stupid to provide for themselves in retirement. Truly!

With all these taxes and the skyrocketing land prices of Oz, many people could no longer afford food, clothing and shelter without assistance – much less money for entertainment or recreation – so they increasingly turned to the banking sector or government for help or, at times, for their very survival.

Meanwhile, important people in charge of things called trusts and investment funds shunted around hither and yon the billions to which people had to wave goodbye as it disappeared into almost certainly depleting superannuation funds playing favourites with share and property markets, and inflating with gay abandon bubbles in both. When the bubbles burst, so much for retirement, folks, but gee it has been quite an entertainment with your money, a regular hoot for fund managers and their minions!

Oz’s once efficient shipbuilding industry and most other significant manufacturing had long been shut down as a side effect of all its taxes on production and real wealth creation. It had now become a fantasy land where finance ruled the roost, and any manufacturer wishing to remain in business was forced offshore to where taxes and land were cheaper; or, as the financial spin had it “to where labour is cheaper”. It seemed, however, a well paid workforce in counter-culture land, Germandom, where manufacturing wasn’t regarded as some sort of sin, had no such problem. Nor did it prioritise home ownership as the sine qua non for heavenly bliss. Two-thirds of Germaniums actually rented their homes on long leases and knew not real estate bubbles.

Journalists had become fascinated with the lively, if sometimes incredible, stories in and around the banking sector, putting banks on their front pages and upon a pedestal, quite oblivious to the pedestal’s precarious tilt.

Natural monopolies, once under government ownership and tight management, were sold off to private companies in the name of business “efficiency” and “competition” to help fund extravagant government, the companies craving to suck at the teat of the public’s surplus land rent. Freeways became tollways as the poor were directed into intentionally constructed labyrinthine side streets.

At the first sign of the real estate market flagging, more Oz revenues were directed into home-vendors’ schemes, in order to re-inflate their property prices and keep this unreal finance-based economy happening. They had to be kept primed or it was ‘game over’.

With household debt at record levels and economic instability now abounding, it was thought best the government should guarantee Oz banks, rather than let them go to the wall like failed businesses once ought.

Wasn’t this service industry capturing the public’s rent, that is, the common wealth, per medium of bubble-inflated capital and interest repayments on mortgages, more important than wealth creation itself? Banks were most certainly ‘too big to fail’ in this Noddy land, so the peasants could readily be taxed to bail them out if needs be.

The plutocracy ruled with finance and taxes as their weapons. As the poor and middle class in the land of Oz were left with little wherewithal and pitloads of debt, the economy turned ‘cactus’. So, what was to be done?

Maybe a $900 handout, maybe a BER program here, a home insulation program there, not to keep people paddling, mind, but to keep the weirdly-lopsided financial system and the uber wealthy of Oz afloat in this concocted life raft.

There was a fallback plan in this land of which I dreamt. If things turned really grisly, why not simply roll the money-printing presses, just like its gargantuan neighbour, Brobdingnag, had done? That’ll fix things. It’s that easy!

Suddenly, a bloke by the name Hen Kenry broke into my dream, crashing through a brick wall with a ponderous mallet, announcing Oz to be a financial mess. He and his Alice-in-Wonderland tea party panel that followed him through the wall opined that Oz abolish its taxes and instead tap its vast reserve of land and natural resource rents.

Killjoy! That certainly wouldn’t go down well in the land of Oz.

I awoke in a state of utter confusion and déjà vu.  Had I not visited this fantastic place before …… somewhere? ….. sometime?

3 thoughts on “Financial havoc in the land of Oz”