The Ambulance Down in the Valley

’Twas a dangerous cliff, they freely confessed,
Though to walk near its crest was so pleasant,
But over its terrible edge there had slipped

… A duke and full many a peasant.

So the people said something would have to be done,
But their projects did not at all tally.
Some said, “Put a fence around the edge of the cliff”,
Some, “An ambulance down in the valley”.

But the cry for the ambulance carried the day,
For it spread through the neighbouring city,
A fence may be useful or not, it is true,
But each heart became moved with pity

For those who slipped over that dangerous cliff.
And the dwellers on highway and alley
Gave pounds and gave pence not to put up a fence,
But an ambulance down in the valley.

Then an old sage remarked, “It’s a marvel to me
That people give far more attention
To repairing the results than to stopping the cause,
When they’d much better aim at prevention.

Let us stop at its source all this hurt”, cried he,
“Come, neighbours and friends, let us rally.
If the cliff we will fence, we might almost dispense
With the ambulance down in the valley”.

What a welter of useless government regulation we’ve put into place to ensure that banks and financiers behave responsibly!  And, have they?

Yet the pundits are all sitting around now  devising new regulations to ensure that a global financial collapse can never again happen: banks must only be able to lend so much, based on X and Y; borrowers should only be able to spend Z times their incomes on a mortgage, and so on, ad infinitum.

These regulations are destined to fail. They are just another part of the vast mountain of corrupt, ineffectual government legislation that intrudes remorselessly into our daily lives – merely ‘ambulances down in the valley’.

The most remarkable of such intrusions are the millions of words of requirements covered by legislation to tax our private and corporate incomes.  (Isn’t our legal drafting a marvel to behold?)

Stick with me here; I’m about to build a fence atop the cliff.

To the extent that publicly-generated land rent is permitted to be privatised instead of captured for revenue, privatised land rent becomes capitalised into land prices.

What if land price is an aberration?  Wouldn’t it cease to exist if governments were to capture the public surplus that economists call ‘economic rent’?  If there’s no rent privatised, there’s nothing left to be capitalised into a land price.  If you continue to pay the rent, you’ve paid all your taxes and the land is yours to do with as you will. Pipe dream? No, not at all; before things became so corrupted we did use rent for revenue.

So, if land price needn’t exist, and land price bubbles have a habit of collapsing and leaving lenders exposed, why do we persist both with taxation and land prices that grow incredibly when land rent is privatised?

For people to thrive, and economies to work, capture of the public’s rent is society’s protective fence around the clifftop.  Instead of a rentier-controlled economy, we’d begin to see what free enterprise really is.

Such is the extent of land rent – if you add to it all the value of all other natural resource rent licences – when all necessary government costs are met, there’d still remain a substantial dividend to be distributed equally between all citizens.

What an impressive fence! 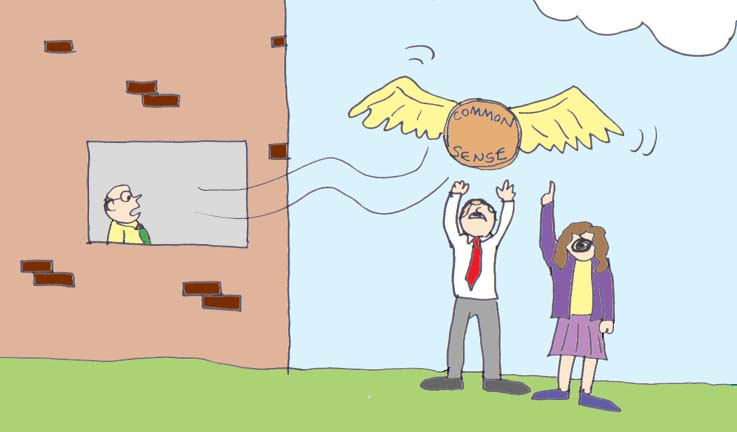