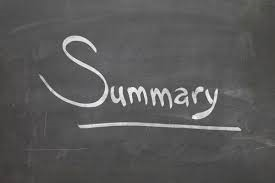 Every now and then I do a summary of what this site’s on about:-

Neoclassical capitalism has hit an impassible hurdle because we fail to discriminate between natural resources and man-made capital, as once the classical economists did. The privatisation of the rent of our natural resources has increased over the last forty years and gradually crippled once productive economies, grinding them to a halt. (You’ve not noticed?)

Rather logically, people will follow the signals delivered to them by their tax system. We stolidly reward those who capture our publicly-generated economic rents (more simply, unearned incomes or ‘super profits’), whilst damaging taxation fines earned wages and profits.

Very few economists are prepared to call out this irrational situation, presumably because they’re ignorant of what happens to our economic rents (some 25% of the economy, much of which is flowing to the 0.1%), or else because they are employed by bodies whose profits rely on this rent-seeking in unearned income.

The greatest rent-seeking is currently conducted by the banking industry. In the absence of sufficient land-based revenues to keep a lid on land prices, it is to banks’ advantage to escalate them, thereby their mortgages, in order to maximize profits. This is rent-seeking on a grand scale, putting people into unnecessarily high levels of debt, at a time when the growth of average wages is declining – thereby applying a brake on the real economy.

Banks’ allowance for crisis management during land price bubbles is incredibly inadequate. In this, they are encouraged both by their profits and not acknowledging a bubble until after it has burst. Risk management has gone out the window. They are fortified that when the bubble does burst they may rely on bailouts, because they are ‘too big to fail’.

We need to focus: it’s all about from where we derive our revenues.