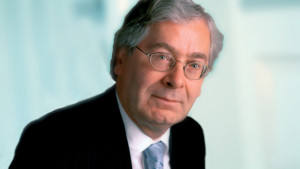 For a society to base its financial system on alchemy is a poor advertisement for its rationality  … Of all the many ways of organising banking, the worst is the one we have today.

Paul Kennelly (Letters, 10/11) omitted the fourth certainty of banking, which is that, every 10 years, banks are found to have engaged in sloppy lending practices, leading to overstretched borrowers and rising default rates. A review is conducted by a bloke who used to work for a bank, after which the banks announce they have learnt a lot and they will review their lending practices going forward.

Yes, indeed, Paul and John. I remember when Don Mercer took over from Will Bailey as CEO of the ANZ Bank in 1992.  As he surveyed the rubble around him from Australia’s last property collapse, Mercer said words to the effect that the Bank must ensure such a financial collapse can never occur again. The fact that property busts happen with such monotonous regularity underlines Sir Mervyn King’s statement. There is no risk management against land price bubbles. Yet the world still continues to spend trillions bailing out banks to “maintain confidence in the system” [!] – instead of letting them be taken over for a song and reformed.  As we can see, these bailouts have sent the USA and Europe down the same zombie track as the Japanese economy. Unfortunately, that appears to be the direction Australia is heading, too.