Prosper Australia’s David Collyer responds to a MacroBusiness ‘modest’ proposal for a 1% tax on homes.

(Well that’s getting there, Houses ‘n Holes, but what about vacant land and comm/industrial property?) 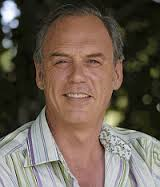 “We are at the unhappy juncture where young adults are excluded from home-ownership, many owners are trapped in houses that no longer match their needs, so-called investors are taking horrendous risks with debt, and government is too frightened to adjust policy in case it crashes the economy.

The urgent and important change before us is land reform – so all may reasonably aspire to own a parcel and the independence, privacy and security it provides. But that high principle of the Australian settlement – originally held by left and right, rich and poor – has been defeated by a conga line of ticket clippers pursuing a zero-sum game of sectional advantage. We know allowing all to flourish is the path to universal prosperity – genuine win-win. The sooner we resume that, the sooner we can depart our current difficulties.

Australian voters have been trained to bristle when anyone talks tax reform. Their lived experience is that any and all reforms hurt them and transfer cold hard cash to the one per cent.

Nobody likes writing a cheque to the government; and government wants a quiet life. But the cost of our suite of taxes, notable for their construction wherein the statutory incidence falls on one party and the economic incidence on another, now costs us about 5-6 per cent of GDP in deadweight losses. Government collects 24 per cent of GDP while we pay 30 per cent.

The welfare losses here are staggering. We drive with the handbrake on. The case for land reform and tax reform makes itself.

A nil-exemption land tax – whether state or federal – would correct much of these distortions. It would give government the fiscal space to remove those 125 taxes Ken Henry was so rude about.”