In the wake of the plague of the 14th Century, the period came to be known as “Merrie England”.

An English labourer with a family of five had more than half his income left to spend after paying for food, clothing and shelter.

How are you faring against this criterion, now that the 0.1% have had their way with you? 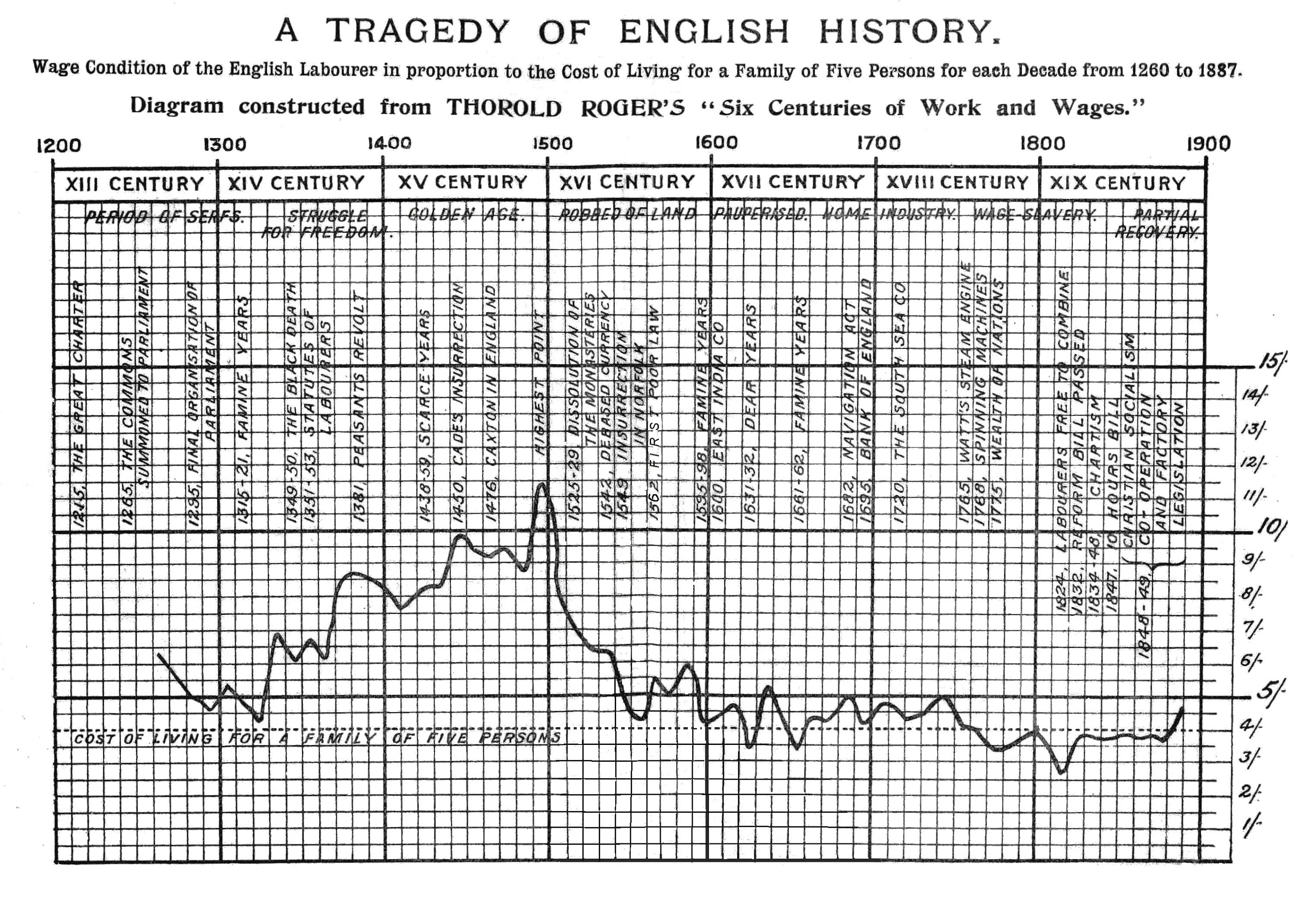