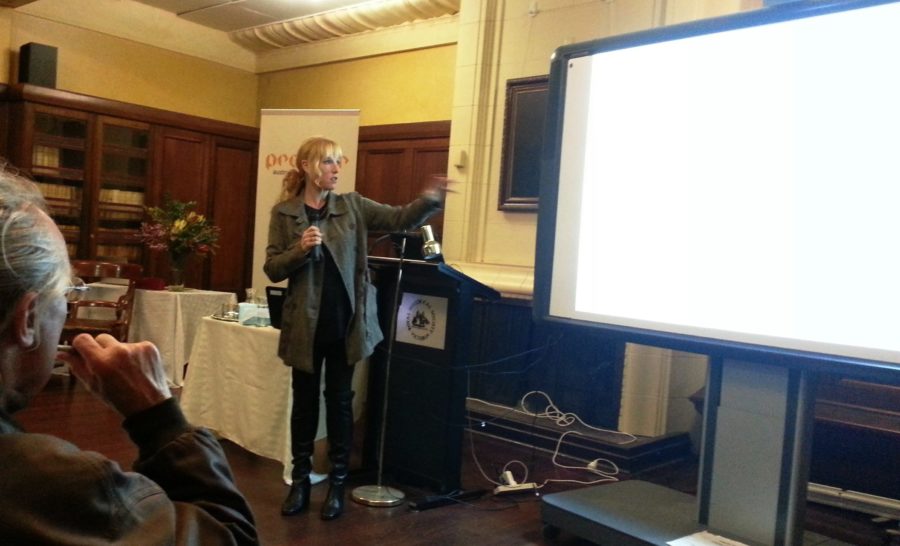 One of the best speeches for years, a good mixture of Georgists and non-Georgists heard Cashmore explain how much of Australia’s abundance flows pathologically into land prices, and simply to cut taxes on labour and capital is not good enough if we’re to increase our prosperity. That’s because such personal savings would only exacerbate land price increases, unless we also capture a greater part of the economic rent of our land.

Some young ‘newbies’ who attended to hear how greater land value capture might make Australia’s out-of-reach housing more affordable would not have left disappointed by data Catherine presented to those in attendance.

I was happy to have it confirmed that my ten year-old assessment of the strangling deadweight of taxation—based on capturing at least 50% of our economic rent between 1972 and 2006 [See the chart below]—would have grown to the order of one trillion dollars by 2006, has been found to be most conservative.

Fred Harrison and Mason Gaffney, international experts on economic rent, have assessed Australia’s deadweight to be currently some $320 billion per annum. That’s equivalent to 19.25% of GDP – and you are entitled to your share!

So much for the incredible under-assessments of our deadweight by Australian economists!

Due to intransigence at official levels, Cashmore concluded that Prosper Australia’s mission must be to educate the general public that their high land prices militate against releasing the curse of all this deadweight – this pent-up abundance and prosperity.

The energy in the room after Catherine Cashmore’s address was palpable.

I was fortunate to present the EJ Craigie award for best-written article of the year – to LF Economics’ analyst, Philip Soos.

EJ Craigie died in 1966 at the age of 95 years. We were privileged to have the sharp-witted George Jukes, who was a friend of ‘Jack’ Craigie, in attendance at the dinner, along with his daughter and son-in-law. George is 97. There must be something in the air about Georgist longevity in South Australia! 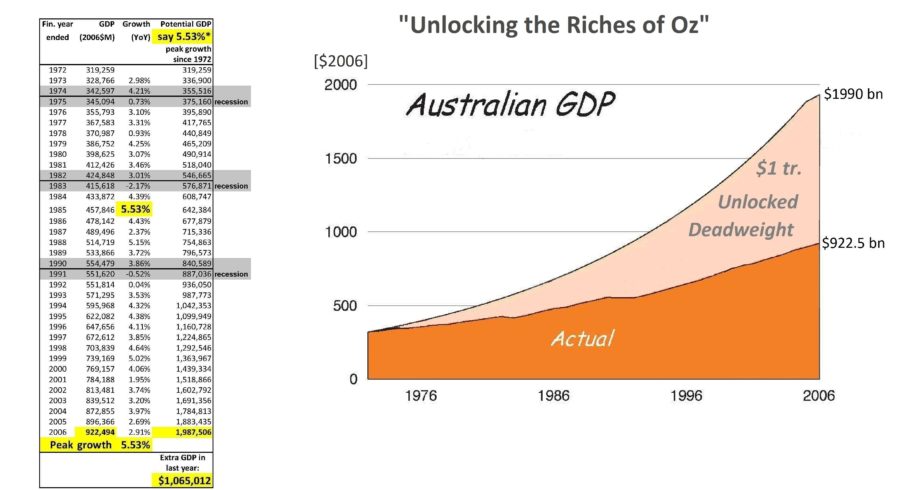