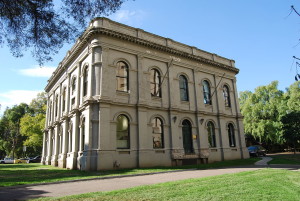 Australia needs a tax system acceptable to its politicians and taxpayers, whilst also making good economic sense. Much of the current tax system meets these requirements but, for practical purposes, we ought to be concentrating on changing those soft targets–such as replacing stamp duty on real estate transfers with land tax, as Canberra is now endeavouring to do—which, being cumbersome and inefficient, need to be abolished if we are to maintain a reliable tax system.

Working to such a prescription, instead of trying to do the impossible, will build a tax system that is acceptable to politicians and the public: one that is resilient.

That was my ‘take home’ from the 124th Henry George Commemoration Dinner address delivered at the Royal Society of Victoria in Melbourne on 2 September (Henry George’s birthdate) by Professor Miranda Stewart, Director of the Tax and Transfer Policy Institute at the Crawford School of Public Policy, Australia National University.

Professor Stewart’s speech was accompanied by several charts, including a histogram showing the component break-ups of the revenue bases of a number of nations. My eyes naturally flew to the property component of each country, and I noted Australia was by no means the highest property-taxing nation these days: we were less than the USA, for example. I feel certain that was not the case forty years ago.

Stewart’s address was well delivered and challenging for Georgists who want big changes now.  It stressed that sweeping reforms  are not possible in the current political environment.

I ventured a question to Professor Stewart:  Maybe reform should reflect the current economic reality of nations around the world collapsing as a result bursting real estate bubbles–that is, the need for higher land taxes if we are to keep a lid on escalating land prices?  She acknowledged the point, but emphasised the political difficulties. Several thoughtful questions were put to the speaker about necessary reform.

Not that there’s anything wrong with we older bods, but I was cheered to see the large proportion of younger people in attendance, and the discussion and intermingling that took place amongst the sixty or so present.