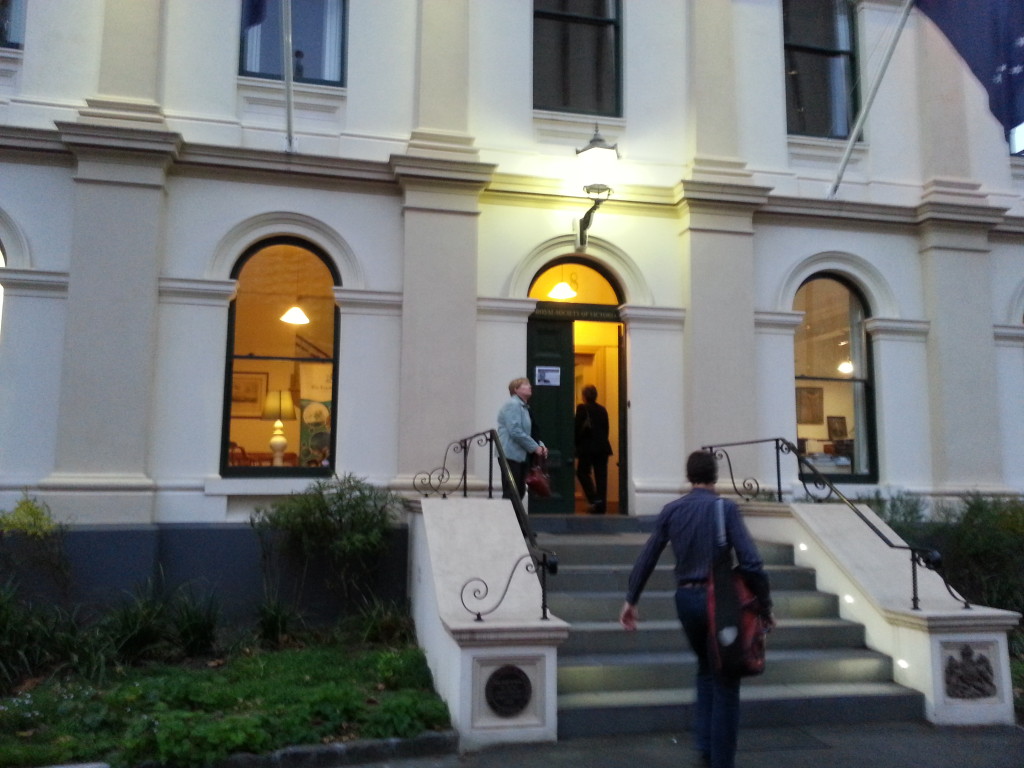 I think it was at the October 1996 ACOSS-ACCI Tax Summit in Canberra chaired by Michael Schildberger that I found myself seated behind a bloke with an outstanding shock of black hair.

I’ve just seen him interviewed on Channel 24 this morning concerning the Reserve Bank’s likely thoughts on the cash rate, his hair now a little grey.

It was the same man, economist Saul Eslake, who presented the 122nd Annual Henry George Commemoration Dinner last night at the Royal Society in Melbourne, on the anniversary of Henry George’s birthday.

Even by 1996 Eslake had established himself as a well-respected economist, having worked at McIntosh Securities and National Mutual Funds Management as chief economist before taking on the chief economist job at the ANZ Bank in 1995.

Commencing with the usual disclaimer that he was speaking in a personal capacity, not representing his current employer, Eslake’s professionally-delivered presentation provided both chapter and verse on the Australian economy in respect of population and housing and a decided nod to Henry George’s case for a land tax.

He showed first home buyers’ grants in actuality to be home vendors’ grants, and pointed to the damage negative gearing had inflicted upon the economy and to housing affordability.

It was all there.

But then came the crunch.  If you’ve only got 100,000 young Australians buying a home each year and taking on the pain of affordability, as against all those Australians with a home who are quite happy to see where their house prices lie, “As the Americans say: ‘Do the math!’”

Isn’t that the nub of the issue for those who see the need for a switch from taxes on labour and capital to the economic rent of land to set the economy aright – those such as Prosper Australia who hosted the commemoration dinner?

It’s a numbers game on which the dice are loaded against necessary reform.

After the event, I had a brief opportunity to ask Saul Eslake whether the numbers were quite so bleak: whether the cohort who had bought a home during the bubble and were finding it difficult to service the mortgage might also be latent land tax supporters.

“No, Bryan. They only look as far as interest rates for relief.”

So, if residential land price bubbles have delivered financial collapse to the world, but nobody wants to keep a lid on the price of their homes despite the thoroughly researched conclusions of fearless economists, it must be acknowledged the world economic outlook remains incredibly bleak.

Henry George’s remedy for economic depression is neither known about nor wanted.