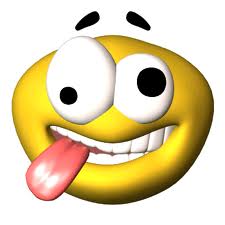 The French Revolution replaced the monarchy with a bloodthirsty pack unaware of the capture of land rent that physiocrats, Quesnay, Turgot and others had promoted. [No, physiocracy was not just about agricultural rent as simplistically portrayed in the New World Encyclopedia.]

Similarly, recent Middle East revolutions have no workable economics to sustain them.

Nor does the well-intentioned Occupy movement.

Nor do Tea Party rednecks.

In rapid succession, the US, Ireland, Greece, Spain, Portugal and Italy are brought to their knees.  Who’ll be next?  Is Australia, with its massive household debt, really any different?

World share markets oscillate in time with the latest national bailout, and the financial pages divert us.

‘Experts’ clot together at the G8 or G20 to talk arrant nonsense as they try in vain to retain confidence in a world of high finance that has become terminal.

Well, then, let the historians write of wars, political struggles, and distress in social life. Let them write freely of the things that happened, and the suffering endured. But let them never mention land and the ownership of land as being the ultimate causes of these happenings. – FWG Foat

Also, never let them mention that surface land rent alone is 30% of the economy, before consideration of community-generated mineral, fishing, forestry and spectrum rents.

Lie to them that land rent is only 1% and not worth capturing.

Let the Grattan Institute propose an increase in the GST as the answer.

Don’t let them know The Henry Tax Review, with its call for a reformed land tax and resource super profit tax, offers a tenuous seed of hope.

Don’t let them know of the simple fiscal adjustment–publicly-generated land rents instead of taxes–because the public’s land rents have been reserved by the 0.1%.