These two interesting quotes assist to make the Georgist case that land prices and taxes are both problematical:-

“I have stated more than once that the fifteenth century and the first quarter of the sixteenth were the golden age of the English labourer, if we are to interpret the wages which he earned by the cost of the necessaries of life. At no time were wages, relatively speaking, so high, and at no time was food so cheap. Attempts were constantly made to reduce these wages by Act of Parliament, the legislature frequently insisting that the Statute of Labourers should be kept.  But these efforts were futile; the rate keeps steadily high, and finally becomes customary, and was recognised by parliament.  It is possible, that as the distribution of land for terms of years became habitual, the phenomenon of which has often been noted of peasant proprietorship, a high rate of wages paid to the free labourer, may have been exhibited in the period on which I am commenting.” 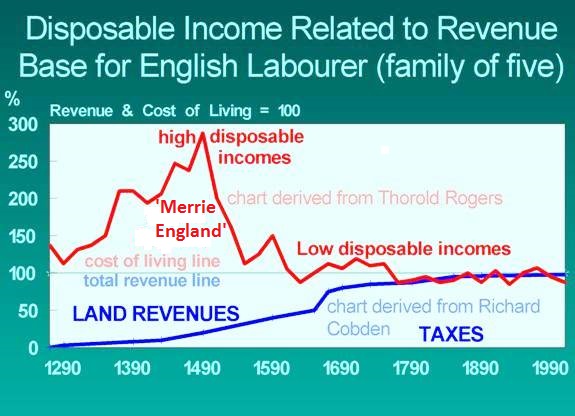