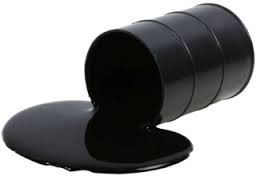 But the politics involved is incredible – in the truest sense of the word.

In case you haven’t noticed, Russia, as an oil producing and exporting nation, is being given a lesson by the West for invading the Ukraine and taking Crimea.  The Saudis are assisting by continuing to produce oil in a big way at much lower prices.  Why?  Surely, at $50 a barrel, most producers would be inclined to reduce their supply?  But no.  So, Saudi Arabia is certainly on board, assisting the US, Brits (and us?) to punish Putin and the Ruskies over their nefarious Ukrainian exploits? They ARE nefarious, aren’t they?

But wait a moment: isn’t the kingdom of Saudi Arabia Sunni in nature?  And don’t most Arab terrorists hail from extremist sections of Sunnis, rather than Shia?

So that’s quite a clever two-step being danced by Saudi royalty!  How do they manage keeping on side with both extremes – the US and their Sunni terrorist cell cronies?

Meanwhile, at least we get cheap petrol as we attempt to lay waste to Russian oil prices.

Will it be worth it, or will there be a BIG political price to be paid somewhere down the track?  And then you could add China into the mix.  Like Russia, it seems to want to do its own thing, too, and the US also feels threatened by that.

On its centenary, could a replay of WWI be in the offing?

All this craziness because nobody wants to pay the rent for their land and natural resources: we prefer instead to engage in dangerous resource ploys that inevitably lead to depression and war.