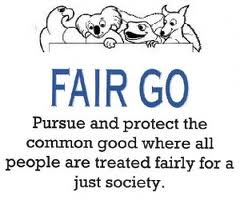 Let’s not kid ourselves: Australia is no longer the country of the “fair go”.  The fair go was premised upon a mild and just redistribution, from Australia’s most privileged to the poorest.

Economic rent from land was the means, and the vehicles for this marginal wealth transfer were council rates, state and federal land taxes and death duties.

Menzies abolished the federal land tax in 1952; councils came the raw prawn and put their hands out in supplication to the Whitlam government to subsidise half local government revenues (and won out!); and by 1980 all state and federal death duties had been repealed.

Economic rationalism had done its job. From now on, the poor would be subsidised by the middle class, and those who controlled Nature’s inexhaustible storehouse were to be let off scot free.

Economic rationalism had amounted to thirty years of government acquiescence to the private plunder of Australia’s natural resources.

Australia’s intelligentsia still wonders about what could possibly have generated the enormously widening rift between the super wealthy and the rest of us.  It’s failed to get its head around the theory of rent: that the value of land and location does matter.

7 thoughts on “WHATEVER HAPPENED TO THE LAND OF THE “FAIR GO”?”