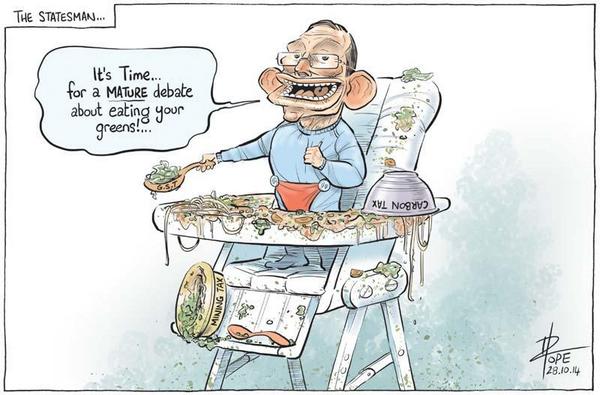 Tony Abbott has called for a “mature debate” on reform of the Australian tax regime.

But, Prime Minister, The Henry Tax Review was a thoroughgoing and mature analysis.  It recommended abolishing 120 inefficient taxes for a switch to a mining tax and a land tax, both the most efficient sort of “taxes” because they are NOT arbitrary taxes on our workers nor profits, but on natural resources.

Reading between the lines, Tony, your “mature debate” is looking for a different conclusion – one which will permit the goods and services tax (GST)–which affects the poor and lower middle class more than it affects the 1%–to be extended.

You might get backdoor support from opposition members of parliament on the GST because the Labor Party also has a significant number of property speculators in its ranks.

Hey, both sides! How about revisiting The Henry Tax Review – in the national interest?