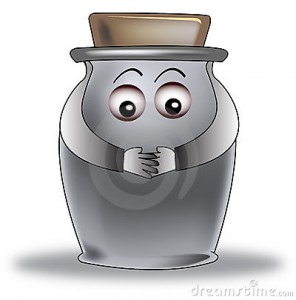 BOTTLING THE AIR – by Mason Gaffney

“Don’t you know that if people could bottle the air, they would?  … there would be an American Air-Bottling Association …. they would let millions die for want of breath, if they could not pay for the air.” — Robert G. Ingersoll

Times have caught up with Ingersoll.  Ronald Coase, prominent Chicago economist, says polluters (whom he calls emitters, to avoid bias) have as much right to emit as victims (he says receptors) have to breathe clean air.  It doesn’t matter, says Coase, how we assign property rights originally: as long as property is firm, the market will sort it all out.

However, since emitters have invested in costly facilities, and property is sacred … you see whither this unbiased science is tending?

Was he laughed to scorn?  Au contraire, he was raised on the shoulders of his adulatory peers and anointed a demi-god (which tells you something about his peers).  Having risen on wings of theory the idea found its way into practice, and today The South Coast Air Quality Management District awards “offset rights” to those with worthy track records of emitting.  New emitters must buy “property rights” from old ones.

In effect, we don’t fine people for emitting, we reward them with a right to continue.  Then we can pay them to stop, by buying back the right we just gave away.  This is putting the free market to work, they say.  If you have not been emitting before, too bad.  I have offered not to emit millions of tons of nitrates, and sulfates too.  My price is modest, and highly competitive.  I underbid the big refineries by 50%, but Air District officials just hang up on me, if you can believe it.

They say I must have earned my offset right by suffocating the neighbors in the unregulated past.

Pursuant to Coase we should no doubt award the Ukraine a perpetual right to have melt-downs at Chernobyl, rights they could then sell to Uganda or Paraguay or other LDC wanting to modernize with a melt-down or two.  Nicotine fiends with proven records of smoking in crowded rooms regularly over at least the last four years will receive official charm bracelets they can flash whenever asked to butt out.  These, of course, will be modern “bearer bracelets,” transferable to the highest bidder.

Anyone caught leaving a room filled with such legally sanctioned smoke might well be fined, and charged with violating the bracelet-bearer’s 5th Amendment rights.

And those who want to breathe?  Coase says they should pay for the privilege, as they pay for indulging any personal taste.

After all, they already pay those who supply them with land to live on.  Only welfare bums would expect property owners to dip into their hard-earned savings and supply them with free air, when the market has a solution at hand.  All they need do is buy offset rights from Ancient and Honorable Emitters.  When they want to breathe, they just retire the rights upwind of them.

This is a marvel of efficiency, too.  They retire only what it takes to clean the air they need: no waste.

If they can’t afford to buy outright, they could rent – markets have ingenious solutions for all problems, like any good panacea.  Gas masks are another free-market solution: much better than socialistic policies that would impose uniform clean air on everyone, whether they want it or not.

What about the new-born, with no prior history of either emitting or breathing?  They come innocently into the world with no basis for being grandfathered in, and little money.  Sometimes real men must put aside maudlin whining, grit their teeth, and just pull up the ladder, lest the lifeboat be swamped.  It’s the free market way of population control, a modified kind of natural selection.  As for the alleged innocence of the little brats, remember Original Sin, and The Lord of the Flies.  There is, to be sure, a noisy crowd who want clean air to be generally available, and prate emotionally of natural beauty and rights.

They are only “environmental activists,” an odd elitist lot whom objective scientists may disregard.

For that they gave Coase a Nobel Prize.  You see, old Ingersoll was on the mark.  Nothing is too absurd once we accept invading, usurping, and leeching as the bases of property.

It’s me again. Coase-thinking is no different from Ayn Rand-thinking, the thinking of those who favour PPPs for infrastructure development, and the thinking of those in local government who want the revenue system to be based on improved values, even though it acts to deter improving properties.

Local government is a big problem in Australia. The independent panel looking into local government in New South Wales considers there might be a case for Capital Improved Value rating if the change wasn’t so messy. Wrong! It’s messy because it’s a rotten system. Evidence? The comprehensive Royal Commission of Inquiry into Rating, Valuation and Local Government Finance, New South Wales 1965-1967 under the chairmanship of Justice Rae Else-Mitchell confirmed site value rating to be the fairest and best rating base. Also, Sir Gordon Chalk’s 1989 inquiry into the Brisbane rating system which, after great deliberation, came to precisely the same conclusion.

But, no! As the Henny Penny syndrome has set in amongst all the pipsqueaks at local government;  they all recite the same mantra: “We need CIV rating!”, “We need minimum rates!” (so the poor can subsidise the wealthy presumably), and “We need differential rates!”  (so we can play god with the rating base and defeat its purpose) – blissfully unaware of the inquiries mentioned into why SV rating can’t be equalled by any other revenue system.

You are left wondering in whose interests these people are working. Or is Coase-like stupidity simply a phase through which we had to pass?

One thought on “SUCH IS THE CLEVERNESS THAT GOT US HERE”